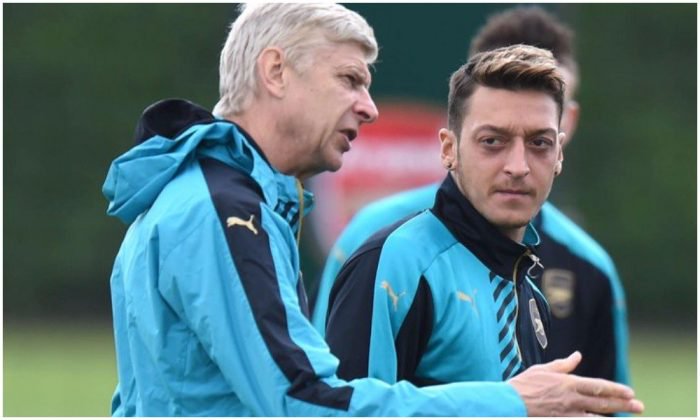 Arsenal boss, Arsene Wenger, said he considered stepping down as the club’s manager “for personal reasons” before changing his mind to sign a two-year contract extension in May.

The Frenchman also admitted recently of impacting negatively on the team as they finished outside the Champions League places for the first time in his 21-year reign.

The coach told Telefoot that he thought long and hard about his decision to stay on before penning a new deal after the FA Cup victory over Chelsea.

He said, “Yes, I hesitated to extend my contract for personal reasons.

“I’ve been at Arsenal for 20 years, and you ask yourself all the time if you should continue leading the club, and also because we suffered quite a bit during the season.”

The season did not start well for Wenger as he faces renewed criticism after Arsenal lost two of their three opening games of the season.

He insisted that his team can still turn things around.

“It’s a very difficult start to the season, because we started with a game at home that we won at the death with a good performance.

“We lost the second by being quite good but not clinical, and the third was a catastrophic performance. That raises a lot of questions.

“In spite of everything, the team has real potential and we have to pick ourselves up as you always have to do in a crisis and we have to win the next game.”

The Gunners boss will face Bournemouth at home immediately after the international break.