Home News Feed Young Suitor Dies During Fulani ‘Flogging’ Tradition For Bride
Facebook
Twitter
WhatsApp
While competing with another suitor for a lady’s hand in marriage in a Fulani traditional game of Sharo, a young man died while engaging in a marriage process in Katsina. 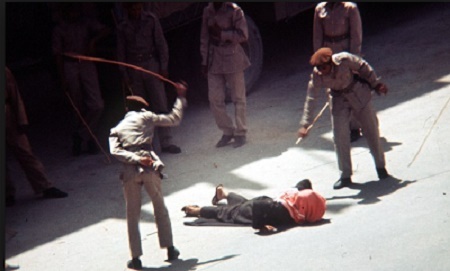 The residents of Durmin Biri village, in the Kafur Local Government Area of Katsina State, were left in total shock after a young man identified as Yari Inusa, died while competing with another suitor for a lady’s hand in marriage.
According to a report by Punch Metro, police sources said the man died following injuries he sustained on the head when he engaged in a Fulani traditional game of Sharo with another man, Ahmed Saidu, to determine who would marry the lady.
Sharo game entails two male suitors flogging each other for a woman’s hand in marriage. Whoever wins between them will marry the girl.
It was gathered that Inusa had reportedly flogged Saidu without any incident, but tragedy struck when it was the turn of Saidu to flog Inusa.
Saidu allegedly hit Inusa on the head, instead of hitting him on the back as the rules of the game dictates. Inusa was said to have fainted after he was hit on the head; and eventual died.
While speaking over the incident, the Katsina State Police Command spokesman, DSP Gambo Isah, confirmed the incident. “Inusa’s father, Mallam, reported the incident to the police, leading to the arrest of Saidu,” he said.
He said Inusa’s corpse had been released to the family and buried according to Islamic rites.