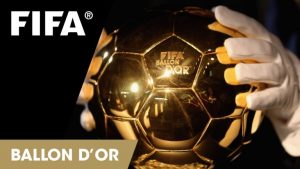 The 30-man shortlist for the 2017 Ballon d’Or award given to the best player in world football has been released by France Football magazine.

The FIFA Best Player Top 3 of Cristiano Ronaldo, Neymar and Lionel Messi all made the list, which also had seven English Premier League (EPL) players.

Tottenham Hotspur star Harry Kane was a notable name on the list after an impressive year that has seen him score 6 hattricks alone.

One notable absentee on the list was Welsh star Gareth Bale. The former Southampton and Tottenham Hotspur man has struggled for form and fitness this year culminating in just five goals for his Real Madrid side.