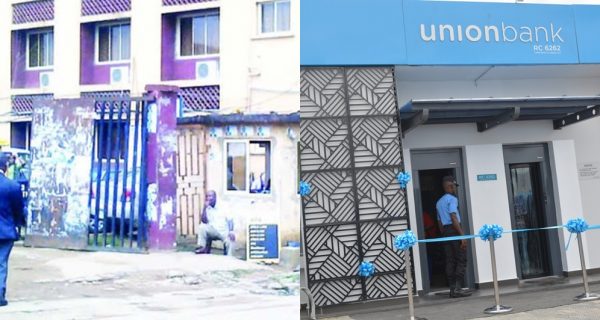 A 47-year-old businessman, Henry Ekuase, has been brought before an lkeja Magistrate’s Court, Lagos State for allegedly defrauding Union Bank branch of Marina Stallion Plaza the sum of N335m.
It was gathered that Henry had acquired the sum as a loan from the bank to trade in beverages. Punch reported that he was arraigned on Monday on three counts bordering on false pretences and fraud to which he pleaded not guilty.
Speaking on the incident, the police prosecutor, Inspector N. Peter, said Henry committed the offence sometime in November 2016.
He said the offence was contrary to and punishable under sections 285, 314(1)(a)(b)(2) and 322(3) of the Criminal Law of Lagos State of Nigeria, 2015.
The charges read in part, “That you, Henry Ekuase, sometime in 2016, at No. 36, Marina Stallion Plaza, Lagos Island, in the Lagos Magisterial District, with intent to defraud, did obtain N335,363,146.76 from Union Bank Nigeria Plc. with pretence of trading in Nestle products, thereby committing an offence punishable under Section 314(1)(a)(b)(2) of the Criminal Law of Lagos State of Nigeria, 2015.
“That you, on the same date, time and place, in the aforementioned magisterial district, did issue Unity Bank Cheque number 002082091, dated May 31, 2016, for N900,000.00; cheque number 002082090, dated June 24, 2016, for N2,500,000.00, and cheque number 00208209, dated July 26, 2016, for N5,000,000.00; money that you fraudulently obtained from the bank and which was returned unpaid due to insufficient fund standing in the account, thereby committing an offence punishable under Section 322(3) of the Criminal Law of Lagos State of Nigeria, 2015.”
The presiding magistrate, Mrs. Y.O. Aje-Afunwa, granted the defendant bail in the sum of N50m with two sureties in like sum.
She said one of the sureties must be a resident within the jurisdiction of the court, adding that both sureties should provide evidence of tax payment to the Lagos State Government.
The case was adjourned till December 6, 2017, for mention.