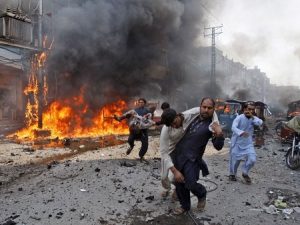 At least 40 schools were evacuated in Moscow on Friday following bomb threats, a trend that has seen a variety of buildings cleared in recent weeks.

“Almost 6,000 people had to be cleared from the schools,’’ the Interfax news agency reported.

Since the bomb threat began in mid-September, over 100,000 people have been temporarily cleared from buildings across the country.

There have been no reports of any actual bomb being found in any of the cases.

State news agency RIA Novosti reported in September that many of the calls had been traced back to neighbouring Ukraine.

Russia’s relations with Ukraine have plummeted to an all-time low ever since Russia annexed Ukraine’s Southern Crimea region three years ago.