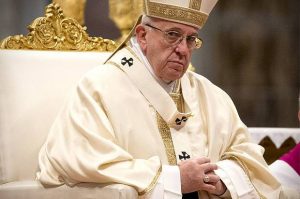 Pope Francis for the first time met with German President, Frank-Walter Steinmeier on Monday since taking over the largely ceremonial post, with migration and refugees on the agenda.

Mr. Steinmeier, who assumed office in February, held a private audience with the pontiff in the Vatican.

The talks were also expected to focus on international tensions as well as the outcome of September’s German election, which resulted in new right-wing populist party, the Alternative for Germany, entering the national parliament in Berlin for the first time.

His visit to Rome coincides with the 500th anniversary of the Reformation, which forged anew the relationship between the Protestant and the Catholic churches.