Deolu
Several stolen vehicles in Nigeria have been recovered through the introduction of a specialized registration initiative. 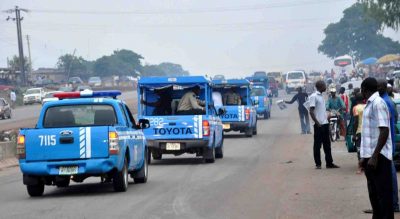 The Federal Road Safety Corps has recovered 75 stolen vehicles at various registration centres across the country.
The Corps Marshal, Boboye Oyeyemi attributed the recoveries to the efficiency introduced into the National Vehicle Identification Scheme through the integrity of the number plates.
Declaring open a meeting with the chairmen of State Boards of Internal Revenue and their Motor Vehicle Registration Consultants at the FRSC National Headquarters Abuja on Thursday, Oyeyemi explained that some suspects were handed over to relevant government agencies for investigation and prosecution, a statement by the Corps Public Education Officer, Bisi Kazeem said.
It said the FRSC boss explained that the National Uniform Licensing Scheme introduced in 1990 was in line with the global efforts at proper identification of drivers and vehicles through integrated vehicle identification system that involved personalization of the number plates for easy retrieval of information whenever the need arises.
Oyeyemi noted that successive reforms carried out by the FRSC on the scheme has addressed some of the challenges including double registration in some states.
The Corps Marshal harped on the need for robust data at the number plate centres through timely upload of information on the licensed vehicles, stressing the need for sustained improvement on the licensing system to make the identification of criminals easier.
He expressed displeasure over delayed upload of number plates issued to vehicles, saying such delay could negatively affect the ability of security agencies to trace a suspected vehicle to its real owner.
He said, “Under the new licensing system, number plates registered in the name of a particular vehicle owner remains personal to the person and would be removed whenever the vehicle is sold to a new buyer who would be made to follow the procedure to register the vehicle.”
The Executive Secretary of the Joint Tax Board, Oseni Elamah called for sustained efforts by the Chairmen and consultants to ensure that details of all registered vehicles are forwarded immediately to the FRSC for upload into the database for seamless operations as being done in Lagos and some states.
“Let me, therefore, remind you that the data being uploaded is not for tax assessment, but for proper economic planning, research, provision of necessary infrastructure and improvement of the national security,” he stated.