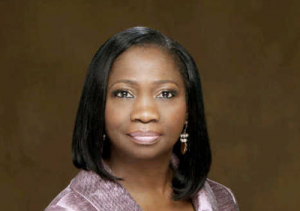 The Senior Special Assistant to the President on Foreign Affairs and Diaspora, Hon. Abike Dabiri-Erewa, has appealed to both the Central Bank of Nigeria (CBN) and Attorney-General of the Federation (AGF) to help put logistics in place for Nigerians in the Diaspora to obtain their own Bank Verification Number (BVN) to avoid forfeiture of their savings in their respective bank accounts.

The appeal became imperative due to an interim order of forfeiture granted by a Federal High Court in Abuja on Oct. 17, 2017 for the banks to show cause within 14 days why the balances in such accounts should not be forfeited.

In a statement in Abuja by Abdur-Rahman Balogun, Special Assistant Media to Hon. Abike Dabiri-Erewa, implored CBN to make it possible to all Nigerians in the Diaspora to have their BVN done in their countries of abode as there has been challenges in getting it before now.

The Nigerians in the Diaspora has been remitting billions of US Dollars back to the country on yearly basis, the highest on the continent of Africa, thus contributing to the socio-economic development of the country..

“I hereby appeal to the CBN to look into the challenges the Nigerians living abroad face in getting their BVN done and extend the deadline for them to get the BVN done’’, Dabiri-Erewa pleaded.

The Presidential Aide also pleaded with the commercial banks to make the procedure easier for their customers, especially those living outside the country, to be able to meet up with the new deadline.

The Federal Government had on the 28th September, 2017 instituted an action in court for the forfeiture of any balance in a bank account without a BVN.

“This is why the Attorney-General of the Federation should intervene in this matter to assist our Nigerians living abroad who at disadvantaged by allowing them more time to comply with the BVN directive”, Dabiri-Erewa pleaded.

The present practice is that banks only permit deposits into such accounts. No withdrawal is allowed. Should the Federal Government succeed, the money is forfeited permanently.

Although the banks may challenge the action up to the Supreme Court, Dabiri-Erewa reiterated her appeals to Nigerians abroad to urgently take steps to register for the BVN.

Justice Nnamdi Dimg of the Federal High Court, Abuja had on Oct. 17, 2017 granted the interim order directing 19 commercial banks to file an affidavit of disclosure before the court, stating the names of the accounts as operated, account numbers and outstanding balances.