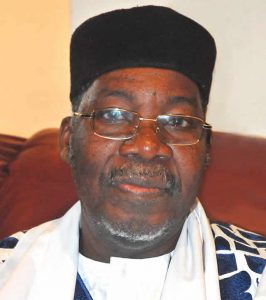 Our correspondent gathered that the former IGP who was said to be at home during the incident, was not injured during the attack.

SUNDAY PUNCH could not establish whether valuable items were carted away by the gunmen.

Sources said the gunmen arrived the GRA residence on motorcycle about 7pm and shot sporadically at the main gate of the sprawling residence.

They were said to have been repelled by armed policemen guarding the house.

The sources also told our correspondent that it was during the shoot-out that a policeman allegedly died and another got injured.

One of the sources said, ‘’They (the armed robbers) arrived on a motorcycle immediately after Magrib Prayers. They tried to enter but were repelled before they shot at the policemen on duty, and killed one of them”.

The injured policeman, who was reportedly shot on the leg, was said to have been rushed to a hospital for treatment.

Security operatives cordoned off the major road to Coomasie’s house with no fewer than four Hilux pick up vans and several armed policemen preventing access after the attack.

Only those who were able to establish that they were residents of the area were allowed into the street.

When contacted, the spokesman for the Katsina police command, Gambo Isah promised to find out details of the incident and brief our correspondent but he never did as of the time of filing this report.