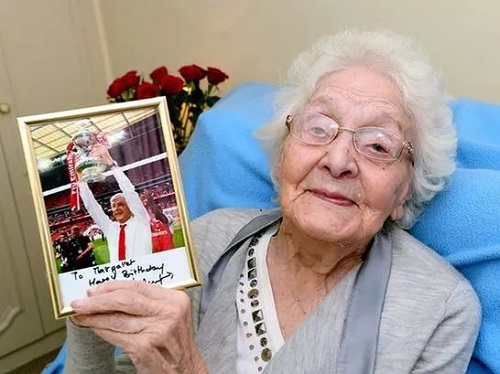 Devoted fan Margaret has a photograph of the Arsenal manager on her bedroom wall (photo: Grimsby)
The letter reads: “On behalf of all the player and staff, may I take this opportunity to send our congratulations and good wishes on the occasion of your 103rd birthday!
“We understand that you are a loyal Arsenal supporter for which we are very grateful. We do hope that you will enjoy this special day and wish you all the very best for the future from everyone here at Arsenal Football Club.”