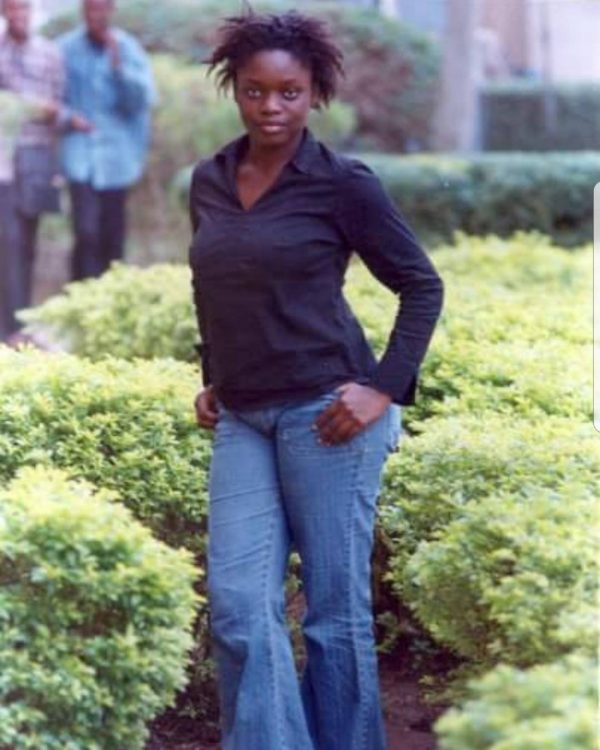 She shared the above picture yesterday.. Lord is good…. big brother naija 2018

Former BBNaija Housemate, Bisola shared some throwback pictures on Instagram some of which showed her at the 2008 Project Fame begging for votes and also at a dinner of the show’s grand finale with Singer Praiz.

Issa throw back something motivated by #teambisolas @iambisolafanpage. 1st pic was in 2004 or 2005 for my mind my crazy hair was everything. 2nd pic was in 2010 I belive, the Aiyeola sisters @adunola.a
@theabiwonder @cynthstagram_original. 3rd pic was project fame #2008 we were on probation and begging for votes spot my baby girls @ijeomadaisy @mylady_dee SopriyeOpusunju and Wilmot troy Banmore , I miss y’all like mad.4th pic was in 2008 project fame finale dinner with my home bwaiiiii @officialpraiz and @iambaci.5th pic was in 2012 with my sisterlys of lifeeeeeee , they always spoil me silly when they are around and they have refused to grow fat after all these years (im jealous) sisterly 1 @layemot and sisterly 2 @mrslending. 6th pic is myself and my #ijelovematata @ijeomadaisy still begging for votes in project fame season 1.

7th pic is 2013 when honeymata and I were forming hawt babes trying to see asoebi at Alice @scarletdesignz first store.
8th pic is still me and my bae @ijeomadaisy in 2013
Feeling our makeup. Spot my blush that I used to baff my face, the brows were pretty neat sha cos some ppl still can’t draw that till now. 9th pic is is me in 2013 after @adunola.a had taught me some make up tricks and I decided to put it to test .I was using a blackberry bold 2 that year and there was no front camera so to get selfies was a serious skill and months of practice. tag someone who can relate with the struggles of old skool selfies. Plus my brows were fleeking #vainmoment.
That’s all folks till another time when I feel like laughing at my old pics with you. Have a blessed day.