Deolu
Many aid workers in Borno State have fled from Gwoza as the Nigerian military foils yet another Boko Haram attack in the area. 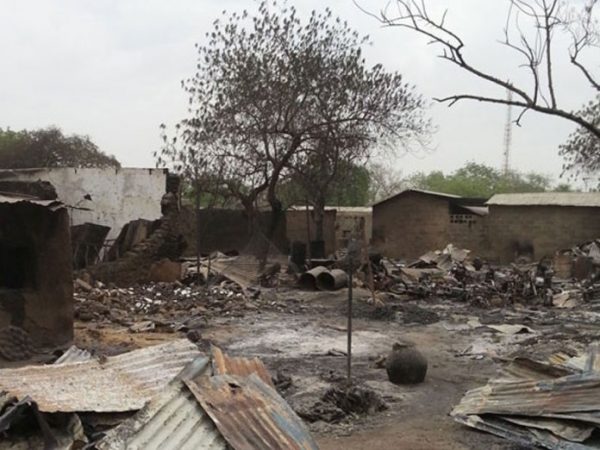 It has been revealed that the Nigerian military Tuesday night foiled an attack by Boko Haram insurgents on Gwoza town.
According to ThisDay, the attack has however led to aid workers fleeing the town Wednesday.
Gwoza, which at the peak of the Boko Haram expansionist reign in the North-east was declared the headquarters of the insurgents, has several aid workers resident in the town.
Speaking to ThisDay Wednesday on the phone, John Ali, a resident of Gwoza, said: “The attempt by Boko Haram to overrun the town, which was successfully repelled by the Nigerian military had made NGOs in the town to start taking their leave.”
Ali said: “As we speak, all the staff of the NGOs are heading towards the helipad awaiting helicopters, for immediate evacuation to Maiduguri.”
He added: “The movement of NGOs out of Gwoza town would portend danger in terms of food, social and medical needs to the larger population of the tens of hundreds of returnees who are beginning to settle down and pick up the pieces of their lives.”
Details later…