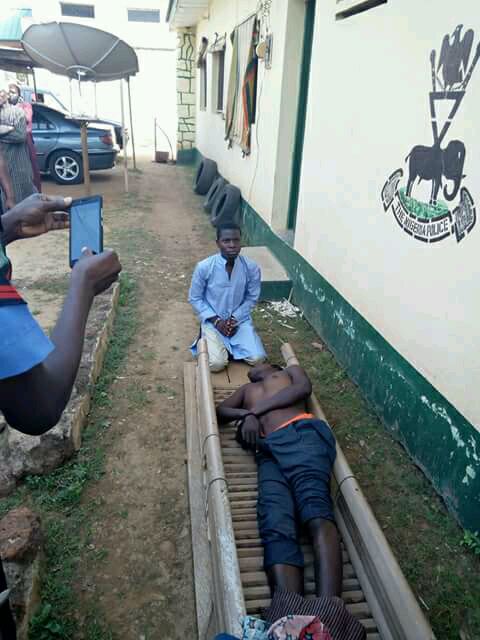 A 17-year-old teenage boy yesterday reportedly stabbed another 25-year-old man to death during a scuffle at Tudun Wada area of Zaria.
It was gathered that the fight started over a minor disagreement and before anyone could understand what was happening, the teenage boy had stabbed the victim on the shoulder and chest leading to his death. 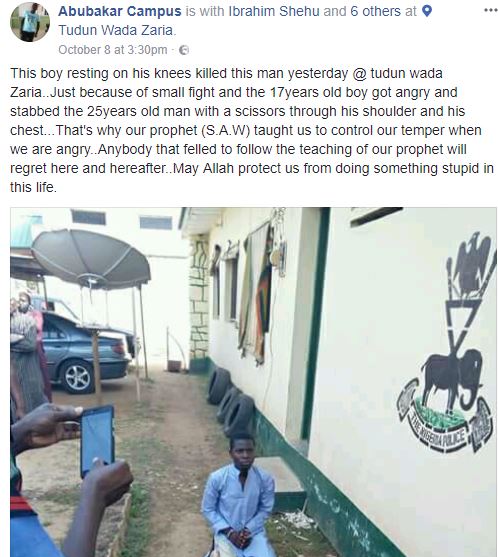 Abubakar Campus who shared the story on Facebook wrote: “This boy resting on his knees killed this man yesterday @ tudun wada Zaria..Just because of small fight and the 17years old boy got angry and stabbed the 25years old man with a scissors through his shoulder and his chest.
“That’s why our prophet (S.A.W) taught us to control our temper when we are angry..Anybody that felled to follow the teaching of our prophet will regret here and hereafter..May Allah protect us from doing something stupid in this life.”