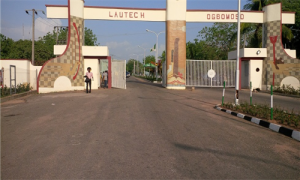 Students of Ladoke Akintola University of Technology ( LAUTECH )  can return back ot their lecture halls after 12 months of sitting back at home.

The suspension of the strike was announced by the, Chairman of the branch of the Academic Staff Union of Universities, Dr. Biodun Olaniran in Osogbo on Tuesday.

He said, “We have suspended the strike action and lectures will resume on Monday. But the detail will be stated in our press statement which will be issued very soon.”

The Chairman, Joint Action Committee in the university, Alhaji Muraina Alesinloye, when contacted said workers had been paid three months out of 12 months they were being owed by the university.