Why I celebrated my birthday with biscuits –Funmi Awelewa 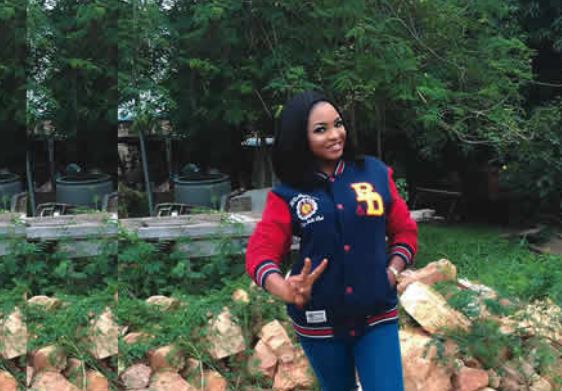 Pretty actress, Funmi Awelewa, aka Morili sneh, celebrated her birthday during the week and many expected her to pull all the stops in making it a remarkable affair. But the soft-spoken thespian shocked not a few when she decided to mark her birthday anniversary with biscuits and some bottles of soft drinks.

This left many wondering the reason for her action. But in a chat with Sunday Scoop, she explained why she decided to celebrate her special day that way. She said, “Growing up as a little child, I always had to celebrate my birthday like that. Instead of cake, my parents would only provide biscuits and I would hold a knife to it as if I was cutting a real cake. It wasn’t until I was five years old that I celebrated my birthday with a cake for the first time. I was so overjoyed at that and the memory still lingers. I was going through my childhood pictures this year when I saw a picture of me ‘cutting’ biscuit on my birthday and it brought back all the sweet memories of my childhood. I am not ashamed of my past, and I am happy that things have changed for the better.”

Sharing more of her childhood memories, Awelewa said, “I used to trek to and from school to the house in those days. But now, I cannot even trek half of that journey before I get tired.”

Speaking on the comedy skits she has been uploading on Instagram which usually attract lots of views and comments, she said, “When people call me on the phone, they usually think they are speaking to a little girl, so I always switch to my Ibadan accent and people find that funny too. I believe that one doesn’t need to look stupid to make people laugh, and that’s what I’m trying to prove with my comedy skits.”

Meanwhile, Awelewa also stated that she would be releasing her movie, Omo Ibadan, soon.

Rihanna Or Karruche: Chris Brown Leaves Fans Confused On Who He Is In Love With

American singer and dancer, Chris Brown has left fans guessing on who he still has feelings for between the two women he had earlier...
Read more
- Advertisement -