Home Entertainment ‘Fela Used To Make Me Write His Lyrics While He Used The...
Facebook
Twitter
WhatsApp 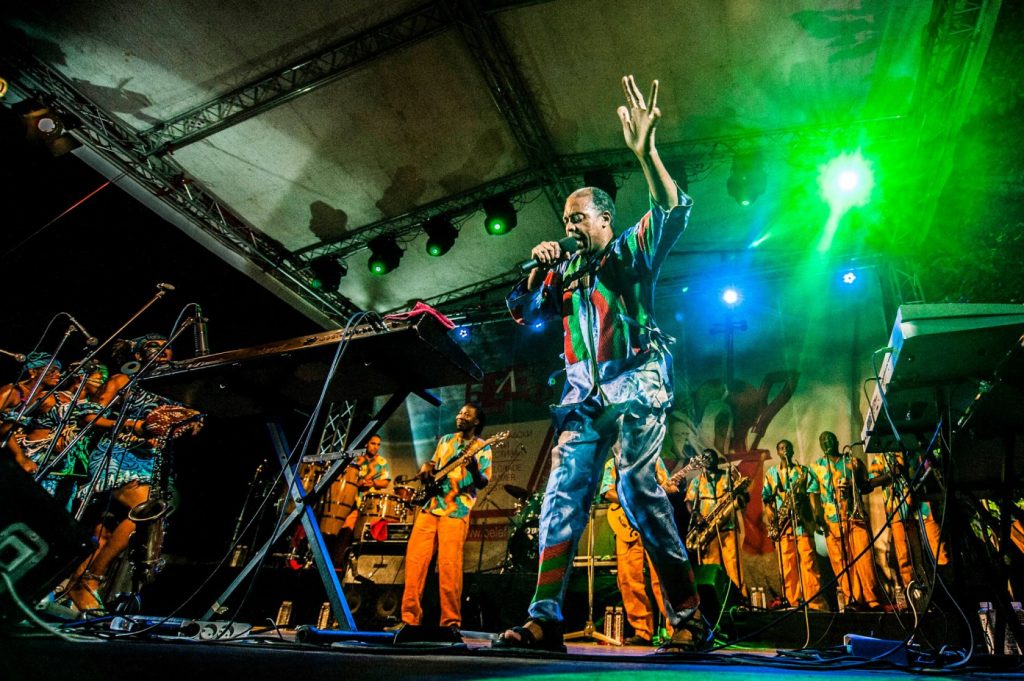 Music legend, Femi Kuti has revealed one of his fondest memories of his father, Fela Anikulapo Kuti to be when he used to help the Afrobeat Legend write down some of his inspired lyrics as, Fela used the toilet.

When asked what his most memorable moment was, the music icon had a tough time answering.

“So many…because he (Fela) was a fun guy. A funny man. It’s not possible to just say one. I have so many other memorable moments with my father as he was a special character”, Femi recalled.

He also revealed that he wrote “Teacher Don’t Teach Me Nonsense” song in one of those moments.

This comes just a few days to the world famous festival, Felabration wherein millions of Nigerians will come together to celebrate the life and times of Nigeria’s foremost musical legend, the late Fela Anikulapo Kuti.

The annual festival, which kicks off on Monday, October, 9 will run for one week and end on Sunday, October 15; which coincides with Fela’s birthday. This year’s festival is themed “The Prophecy”.

Nigeria’s fastest growing stout brand, Legend Extra Stout will be joining the huge weeklong musical event in Nigeria. The festival attracts thousands of visitors annually from all over the world to the New Africa Shrine and is an official tourist destination of The Lagos State Government.

Legend Extra Stout’s support for the festival is aimed at reinforcing the brand’s ideal and quality. The brand also hopes to connect with its existing and targeted consumers who will experience the unique bitter tasting stout in the midst of the fun and excitement that comes with the festival.

Every year Felabration features an exciting lineup of artistes and this year will not be an exception. To find out more about Legend’s presence at Felabration, follow Legend on Twitter, instagram, Facebook and join the conversation using the hashtag #FelabrationwithLegend.