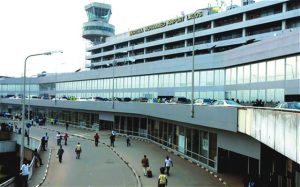 The Federal Government have been given 15 days ultimatum by three aviation unions to halt its planned concession of the four viable airports in the country.

The unions, which gave the ultimatum at a joint news briefing in Lagos, threatened to shut down the aviation industry if the government failed to accede to their demands.

The unions are Air Transport Services Senior Staff Association of Nigeria and the National Union of Air Transport Employees and its ally, the Nigeria Union of Pensioners.

The government had initiated moves to concession the Lagos, Abuja, Kano and Port Harcourt Airports to enable them to meet international standards.

However, the General Secretary of NUATE, Mr Olayinka Abioye, said the ultimatum was the unions’ last resolve to force the Minister of State for Aviation, Sen. Hadi Sirika, to fully involve them in the concession process.

“Immediately at the expiration of the 15 days ultimatum, we are going to shut down the industry.

“We want the minister to talk to us and share ideas with us on what they want to concession and how it will affect our members,” Abioye said.

He maintained that previous concession agreements had not been beneficial as it had ended in series of litigations against the Federal Airports Authority of Nigeria before various courts in the country.

Abioye added that the revenue collection points of FAAN such as toll gate, car parks, billboards, fuel surcharges, shops and VIP lounges were already under concession arrangements, adding that there was nothing left for the concession exercise.

According to him, the unions were yet to be assured of the fate of the 6,285 staff and 4,124 pensioners of FAAN if the concession of the viable airports was allowed to proceed.

He said the operations of the other 18 airports which depended on the four viable ones would also be in jeopardy as no concrete plan had been made for their survival after the completion of the concession process.

Also speaking, the General Secretary, ATSSSAN, Mr Frances Akinjole, said concession of the airports had safety and security implications which must be fully taken into consideration.

In the alternative, Akinjole advised the government to kick-start the plan with one or two underutilised airports as a pilot scheme, stressing that its success would give confidence to stakeholders for the concession of the major ones.