Deolu
Teachers in Kaduna state have warned Governor Nasir El-Rufai to prepare for strike if he makes true his threat to sack some teachers in the state. 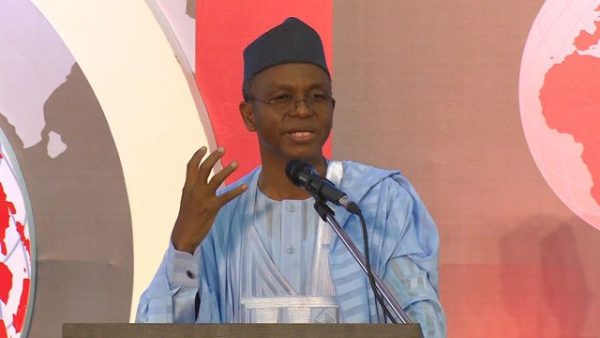 The Kaduna State Wing of the Nigerian Union of Teachers on Thursday said they would shut down all public schools if any of its members is sacked by Gov. Nasir El-Rufa’i.
The teachers’ union was reacting to the governor’s statement two weeks ago, in which he announced plans to sack 21,780 primary school teachers who allegedly failed a competency test and replace them with 25,000 new ones.
The NUT Chairman in the state, Audu Amba, said at a press conference in Kaduna, that the union would embark on total strike if the government sack any teacher.
Amba said that the decision was taken at an emergency meeting of the union executive council held on Thursday.
According to him, the teachers were not tested based on professionalism, adding that the NUT will only recognise test conducted by the Teachers Registration Council of Nigeria.
“The so-called competency test was not a true test, because you can only test a teacher by supervising him while he teaches in class,” he argued.
The NUT chairman described the 75 per cent pass mark used to determine those that failed as unacceptable, saying, “there is nowhere in the country where such mark is used.”
“What we agreed in the committee was 60 per cent, only for the Governor to use 75 per cent; yes, we agree that there are incompetent teachers among us, but the decision of the state government was not what we agreed at the committee level,” Amba said.
He nonetheless said that NUT would continue to support the government to bring about sanity in the teaching profession by ensuring that only qualified teachers are employed to teach.
“These teachers did not employ themselves; they were employed by the state government only to turn around and declare them unqualified.
“They are our members and we have a duty to protect our own,” he said.