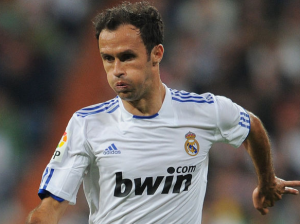 Former Chelsea and Real Madrid player, Ricardo Carvalho has been handed a seven months prison sentence relating to tax fraud that he committed during his days at Real Madrid.

The centre-back, who now plays football with Shanghai SIPG, was handed ordered to pay a €142,822 alongside  a seven-month jail term and fine by Madrid’s magistrate court.

However, Spanish criminal law does not expect individuals handed a sentence under two years to actually spend time in prison so Carvalho will not have to go to jail.

According to reports, Carvalho had dodged tax returns totalling €545,981 across the years 2011 and 2012, which fell during his three-year spell with Los Blancos under current Manchester United boss Jose Mourinho.

The Spanish prosecution offence had ordered that Carvalho should face a year in prison and pay €300,000 in fines for his own case but, after being found guilty of his offences, the judiciary opted to cut short his suspended sentence and reduce his fine.