Home News Feed My Friend Was Robbed By A Fake Movie Director
Facebook
Twitter
WhatsApp
A young Nigerian lady has taken to the social networking platform, Facebook to narrate how a fake Nollywood movie producer robbed her friend. 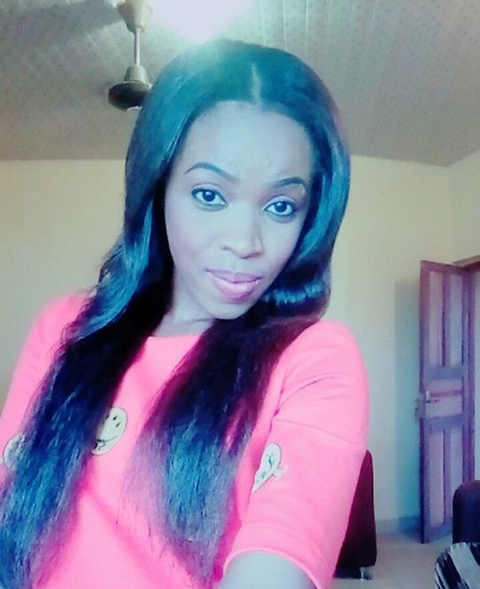 A young lady identified as Chizoba Miracle Emenaha has shared the story of how a fake movie producer robbed her friend after she introduced her friend to the movie producer identified as Agu Onyenka when he approached her claiming to be a movie producer.
According to Chizoba, the man told her that he was looking for an actresses to audition for a movie he plans to produce, noting that she told him she was not an actress but decided to introduce him to a friend who is an aspiring actress.
She said that he agreed to meet her friend at Koka area of Asaba in Delta state to audition and read the script, and on getting there, he asked the lady if he could use her phone to call the others coming for the audition while she read her script.
According to the lady, her friend called her that the movie producer was nowhere to be found and he had gotten away with her phone, adding that she immediately went to investigate and got his photo from his Facebook page.
She revealed that she found someone who claimed the alleged thief did the same to his brother but he got the phone back with the help of a soldier.
Read the story in full below:
******************
“Today has been a hectic day. I’ve been running up and down because of one useless thief like that… So a guy contacted me on here told me he’s a movie producer and needs upcoming actors to feature in his movie. I told him I’m not an actress and I’m not interested. This guy insisted and wouldn’t let me be,
I said okay let me connect him with an upcoming actress I know maybe she can help him.. Finally the girl met the guy today somewhere in Koka, Asaba. How this guy made away with the girl’s phone is what I don’t understand, the girl said he borrowed his phone to call other actresses she was still going through the script the guy gave her to rehearse when he disappeared without trace
The girl contacted me immediately, I rushed to his Facebook grabbed his picture before he could deactivate and truly he was the one on red and black shirt. The girl confirmed it
Luckily for us again there was a number at the back of the script he left with the girl. We contacted the number and told him what just happened, sent him the thief’s picture.
The guy agreed knowing the guy very well, said same thief has swindled his younger brother’s phone. He said the thief’s street name is jango that it was one soldier that helped them recover the phone from the guy.
He said we should give him money to give to the soldier guy to buy fuel so he could come from Enugu to track the guy. I told him we can’t give anybody we don’t know money until we meet them. The guy said we should go away, I checked his own number in true caller saw his name went on Facebook and found him. Emmanuel Tochi, we also entered the number on Facebook to search and the same Facebook profile surfaced with Emmanuel Tochi okonkwo name and picture
I have his pictures too. This guy knows the thief even knows his village but has refused to provide him. I’m pleading on the public to please share their photos till someone that knows them well sees it
The guy on red and shake is the phone thief. The other pictures are that of Emmanuel, anyone that knows them should please call 07061211275.
The screen grab is their numbers, Facebook name Agu Onyeka street name Jango. Please continue sharing, I must find these thieves.”