American R&B and soul singer, Chrisette Michele has been accused of lifting another woman’s miscarriage photo for her Instagram post. 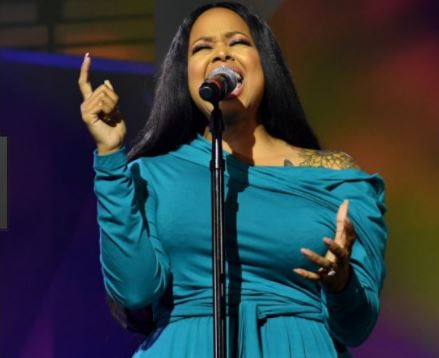 Last week, the “No Political Genius” singer took to Instagram where she revealed in a series of emotional posts some of the struggles she encountered after she performed at President Trump’s inaugural balls in January.

Michele faced severe backlash after she performed at Trump’s inaugural balls despite many black artistes declining the offer to grace the stage.

According to her, following the controversial performance she was dropped by her record label, battled with depression, suicidal thoughts and suffered a miscarriage but it was Yoga that saved her life.

In the post where the singer revealed that she suffered a miscarriage, she attached a graphic photo, which her fans have now linked to another woman who really had a miscarriage in 2014 and posted it on community baby center See it here and see Chrisette’s post below.. 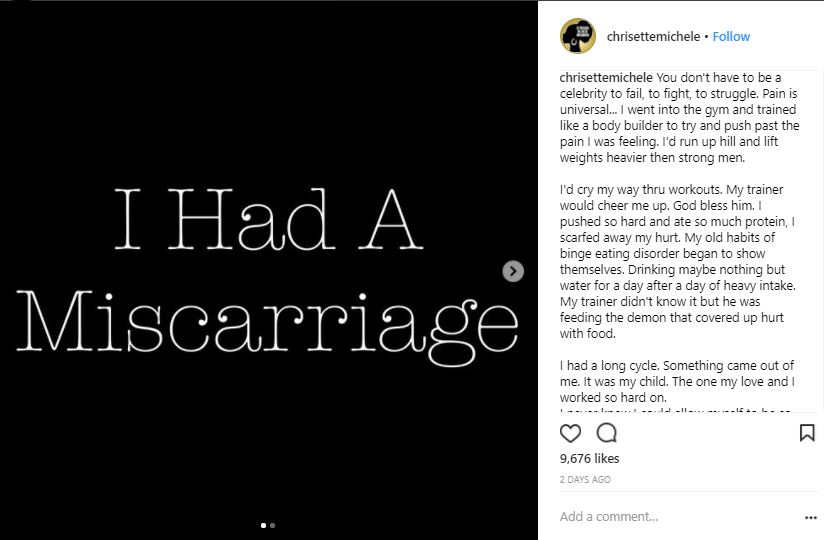 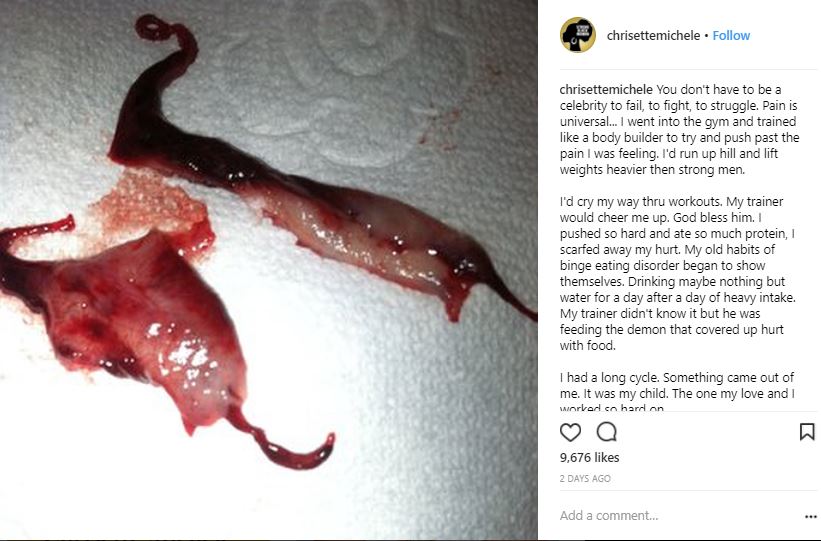 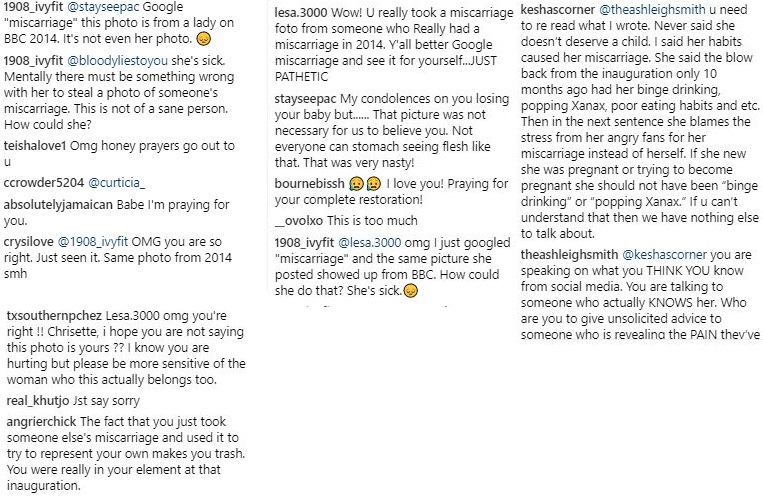 Share
Facebook
Twitter
WhatsApp
Previous article‘I went to synagogue to seek help for my late mother when she was ill, not for spiritual deliverance’ – Jim Iyke explains synagogue deliverance
Next articleCheck out newly released pre-wedding photos of Oritsefemi and his wife, Nabila
- Advertisement -Ad ==> Discover how a young Nigerian graduate now makes a consistent 40k per week doing a legitimate online business. You too can start yours now, click here!!!