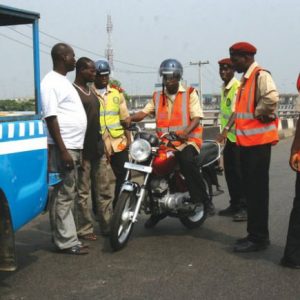 An official of the Federal Road Safety Commission abducted by gunmen Thursday last week in Zamfara State has regained freedom.

FRSC spokesperson, Bisi Kazeem, announced that that the unidentified official who is a route commander of the agency in Birni Kudu, was released on Monday morning and handed over to the FRSC at the Zamfara State Police Headquarters in Gusau.

The official was abducted by gunmen in Tsafe during an incident that saw another officer of the FRSC in Tsafe Unit Command of the state killed.

The Chief Executive of the FRSC, Boboye Oyeyemi, expressed gratitude to the Zamfara State Government and other security agencies for the release of the official.

Mr. Oyeyemi assured staff of the Corps of their security and welfare and enjoined them to do their best in their service.