Home Entertainment My ideal kind of fun now is to be in my space...
Facebook
Twitter
WhatsApp 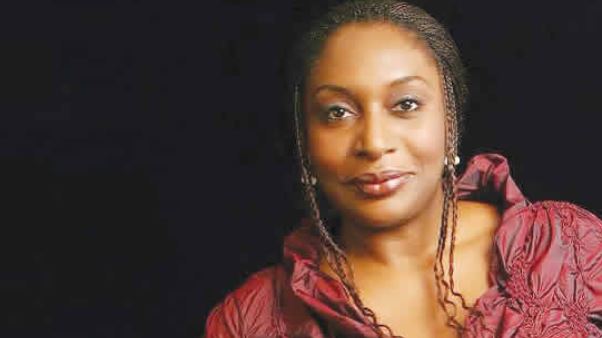 You said in an interview years ago that you would not go back into acting again, but Richard Mofe Damijo in a recent post revealed that you are about doing the contrary after many years…

I don’t know what the headline of that interview was but I would say it was just a case of ‘never-say-never’. I decided that I did not want to do it but after another thought, I decided to go ahead and do it. I have granted an interview where I said that acting is in my blood but my focus is on movie production. I am more involved in movie production now.

Why did you leave acting at a time you were regarded as Nigeria’s sweetheart?

Mine was never to be a star. My focus was always on the work, it was about acting and not to become a star. So for me, I have always been doing what I love which is to focus on my work. The only difference is that I am doing it behind the camera. That way, I am allowed to work without any distractions that come with fame.

Being in charge of movie production is actually a large part of how the work gets done. For instance, as an executive producer, I provide the funds for the project and it means that I have a certain degree of control over the project. The difference was that instead of being in front of the camera, I was behind it.

I was already married when I was on Checkmate. I have been married for 25 years. So that is not the reason.

But didn’t you miss being in front of the camera?

I missed it but not enough to get back. Like I said, acting is in my blood, so I missed it but it was not enough to decide to get back. There is no great debate of revelation behind my reason for going behind the camera, I wanted to become a producer and I did that. I produced the movie, ‘violated’ in 1996. It is not that I suddenly decided to become a movie producer; I had been doing it since the beginning of my career. I just wanted to be in charge of the movies I produced.

Back then, people always wanted me to play the part of an heartthrob but in different variations. They were very similar roles but what I do is different and I like that.

When it is time for you to relax and blow out steam, what are some of those things you do?

I read a lot because I love reading and that has really helped my work. When you read books, you get creative ideas. I read voraciously and I am always with books. I have at least three books in my bag as we speak and I am trying to read them at the same time.

Is that how you read?

Yes. I could start reading a book and when I realise it is too heavy, I pick up a lighter one. There are some times I pick up a book and I wouldn’t be able to put it down till I am through with it. But generally, I can read more than one book at the same time depending on the time of the day or how I feel at that moment.

What kind of book fascinates you?

I love books that are about crime. I also love thrillers, non-fictions, fictions and biographies. I also watch a lot of crime series. I read very widely. I also love old books, all thanks to my mother who loved to read as well. When you study literature and English as part of your degree, it  drives you to read more.

Do you also love to sing?

I love listening to music but I am a terrible singer. I like singing but only for my listening pleasure; I would not appear on The Voice Nigeria anytime soon.

How did you get the scar on your eye brow?

I think I was about ten years old when I got that scar. I went to do my hair but when I was returning home, the day was getting dark. As we walked through the park, there was a dog that jumped over the fence of its owner’s compound. Before I knew it, the lady that was with me had run away. Seeing her run made me panic, so I also began to run, sadly, I slipped and fell, hit my head on the edge of a wall and the barb wire. It gave me scars.

Did it make you dislike animals?

No it did not, in fact, I have always had dogs. There was a time I had six dogs but now I am down to two. I love dogs. When I was younger, we had cats and rabbits.

How would you describe your childhood?

It was very wonderful because this was a time when you could visit friends or ride your bicycle on the road and our parents would not be worried because they knew we would be fine. There was no apprehension over kidnap. It was a safer and saner time. People were not as angry as they are now and some things worked in Nigeria.  I had an ideal childhood and I did everything my peers did like bonfire, picnics, etc.

Did you often get into trouble?

Yes, because I was a troublesome girl. I have ‘battle scars’ because I was a tomboy. I climbed every tree in our compound and was very proud that I conquered them all. There was no tree that intimidated me. I fell down a lot but I always picked myself up.

A glance at you, one would easily believe you grew up to become an introvert…

Are you a party lover?

As I have got older, my ideal kind of fun is to just be in my space with a good book. When I was younger, I attended parties but with age, I am enjoying serenity a lot more. I like reading books, listening to music or just walk around the garden. Nowadays, I just love taking my time.

Did you cultivate your garden yourself?

I worked with a gardener and together we built it up over the years. Gardening is something I learnt from my mother because when we were growing up, she had plants everywhere. After work, she spent so much time at the garden and she grew everything. She still tends to her garden till date.

I love tending to my garden because I find it very therapeutic and I relax that way. It is one of those things that clear my mind and you focus on the plants alone. If you check out my Instagram page, half of my posts are about flowers most of which are from my house.

What kind of music gets you in the mood?

I love the R ‘n’ B songs that were released in the 80s and 90s. I love jazz as well. My taste in music is quite similar to my taste in books. I grew up with parents who loved music as well; my dad even listened to Fela. My music taste developed from my childhood days. I used to go to Falomo Shopping Centre as a youth to buy records. In fact, half of my pocket money used to go to buying of records. I still have those records till date. There was also a magazine called ‘Right on,’ that I always subscribed to.

You got married quite early, was it a conscious decision?

What are you currently working on?

I am in the process of planning the premiere for my film, ‘A hotel called memory.’ The film stars Nse Ekpe-Etim, Lala Akindoju, and about three South Africans. The movie was written by a Nigerian who is a professor in a university in California. It is an experimental film and we recently won an award at the Black Star film festival. We won in the category of the favourite experimental film. That is what I have been working on for the past two years. We actually started the process in 2014 but the shoot started in 2015. We shoot in Zanzibar, Cape Town and Lagos. It is a different kind of film which we are experimenting on and it borders mainly on sound, music, effects and the actors. It is very different from what is normally done in Nollywood and I am very excited about it.

If you were able to go back in time, what are some of those things you would like to change?

I think it is still early for me to think about that. I am happy where I am and even though there are so many things I wished I could have done differently, I am happy with the way things have happened and how my life has progressed so far. I am thankful to God.

How would you describe your tenure as the president of the International Women Society?

I think one of the major challenges we have faced is the downturn of the economy which has been going on for a while. It affects our charity works because most of our funding comes from donations we receive from well-meaning Nigerians. If they are affected by the economy, we also get affected because that is the only way we can raise funds as a charity organisation. We depend on people and organisations for funding and that has been our challenge this year. This is always a challenge when you run a charity organisation because some people buy into the idea while others don’t. It has really been very challenging this year raising money for our different projects.

In terms of co-operation among our members, I have not had any problems because we all know what we want to achieve with IWS. Most of my executive members have been in the association for over 10 years. We are working very well together and we understand what needs to be done. I think funding has been the major challenge.

Women are fast taking leading roles in all spheres of life all over the world. As the president of IWS, do you think Nigerian women are doing enough when compared with their counterparts in other countries?

We can always do better because it is not about doing enough. We are doing as much as we can but we can do much better and I know that a lot of women are working towards that goal.