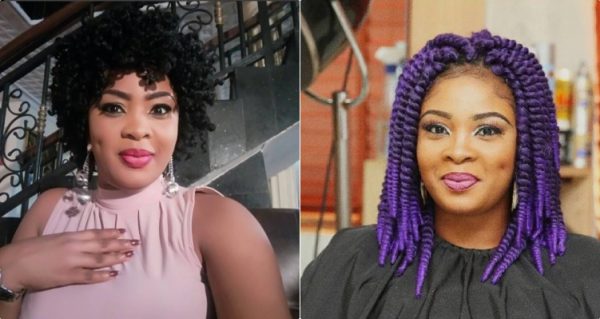 Daughter of the veteran actor, Jide Kosoko, actress Bidemi Kosoko has been accused of sleeping with a married man.

Recall that few months ago, she was involved in this kind of mess where it was said that she slept with husband of her fellow actress, Bose Alao.

An IG user took to the social media space to slam actress Bidemi Kosoko, accusing the actress of sleeping with her husband in her matrimonial home during her absence in Dubai for a week.

Based on what the lady said, the actress has been bothering her husband for two million naira for the services she rendered.

She warned the actress to stay away from her husband or she stands to lose her dignity and even threatened to destroy Bidemi’s career by releasing the n*de photos taken by her supposed lover.

Bidemi reacted to this by cursing herself claiming that she did not do anything of such but the lady still insists Bidemi is a liar.

See her reply below…