Home News Feed Lady Narrates How Her Aunt Was Murdered By Boyfriend
Facebook
Twitter
WhatsApp
A lady has revealed how her aunt’s body was allegedly chopped into pieces by her lover who gathered the parts and set them ablaze in her house in a bid to destroy all the evidence. 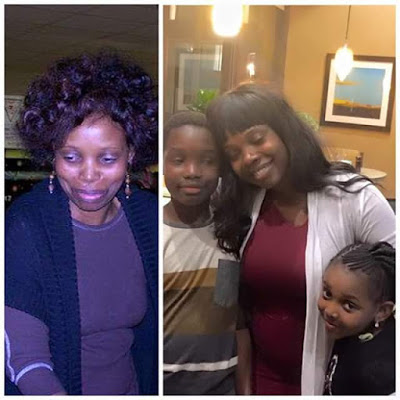 A Zimbabwean lady has taken to her Facebook account to narrate how her aunt identified as Tete Mary Mushapaidzi was killed by her boyfriend and father of her second child.
According to the lady, after killing her aunt, the lover then chopped up the body into pieces, put the parts in a barrel and set them on fire in her garage after which he went to the police to file a missing person report.
Read her post in full below:
********************
“Today marks 6years since my aunt Mary was taken away and I want to remember her by sharing her story once again because I know someone out there is going through similar situations RIP Tete Mary Mushapaidzi your babies are growing well and they love you.
After writing about how people stay in toxic relationships and make their kids or family their reason to stay I received this following note from a loved one who felt the need to reach out .
Dear AngelRuelove,
U were talking to me dear,for the past few years my life has been hell,my biggest problem is that my parents condone divorce,and am out of work now,but I so wish to move on.All the love I felt is gone. I despise him but don’t hv the strength to move on.Pray for me to get a job so I can sustain myself.
After reading from her I felt the need to write the story that breaks my heart every time I have to think of it . It was a day in October of 2011 when I had called my Aunt Mary who lived on the other side of the country. I couldn’t get her on the phone. She called back and I missed her call and I called again and I couldn’t get her I left her a message as she had done on mine . I had had a long day and had to work that night so I took off and went to work. I tried my aunt again and didn’t get her . Something didn’t feel right .
At 3am I got a call from a very close friend of my aunt who I call a brother. He told me Aunt  Mary had been reported missing. Her boyfriend and father of her little girl had showed up to the police that evening to let them know that she had left to go jogging at 5am and had not returned since she left .Our friend and brother told me right away that something is not right.
He tried to tell me that he thought the boyfriend did something to her but he couldn’t. I was on my knees praying to hear different news. I prayed for hours and another call came in that silenced me. They told me the police went to the house right after the boyfriend came to make a report after they had suspected something after questioning him. They searched the house and found my Dear Aunt Chopped up and burning in a burn barrel right in the garage of her house .
They had not been getting along for a while and they kept hanging in their . She didn’t make it out of there alive . He planned to end her life. He let her children watch him murder their mother and chop her up into pieces and try to destroy the evidence. I have the worst pictures of my Aunt in the end of her life . Now I have to live with the pain of how her life was taken by someone who claimed to love her . We saw it coming and she did too but no one had the guts to make the right move on time enough. Mary worried about what people would say if she left him.
He was the father of her 2nd child . If only she knew that he had a plan on her . She would have done it for her kids . She would have left sooner . Today I live to watch my Aunt Mary’s kids grow without their mother and it kills me to know the pain and sadness they will live to bear because they saw their mother getting beat to death and then butchered like an animal all in their face.
Is that the diary you want to leave for your children??? Ask yourself this question. Even God will not punish you for getting out of something that is not working and you know that . The kids are all I have Aunt Mary is gone . If only she had left sooner .
RIP Tete Mary Mushapaidzi .”