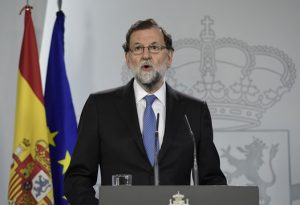 The chief of Catalonia’s regional police,  Mossos d’Esquadra has been dismissed by Madrid, after imposing direct control on the region over a bid to break away from Spain.

The firing of Josep Lluis Trapero, Catalonia’s highest-ranking policeman, was published in the official government gazette as Spain perched on a knife’s edge in its worst political crisis in decades.