Home News Feed Man Plucks Out Another Man’s Eyes Because Of A Woman
Facebook
Twitter
WhatsApp
A Nigerian man has lost one of his eyes after a rival brutally attacked and plucked out his eyes over a woman. 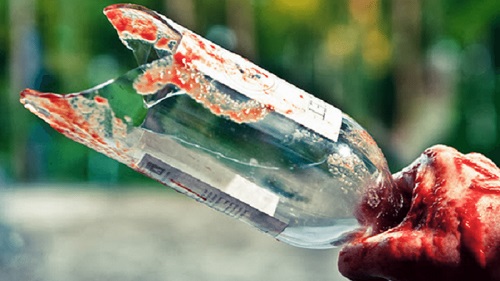 A man, Emmanuel Odo has lost one of his eyes after he was attacked by his rival, Sulaimon Ogunsanya who used a broken bottle, stabbed and plucked out his left eye, according to PM Express.
It was gathered that the sad incident happened at Akesan Junction at Igando area of Lagos where the suspect reportedly laid ambush on him.
The suspect had disagreement with the victim allegedly over a woman. Ogunsanya then targeted Odo at the place the incident happened, attacked him and escaped.
The victim bled profusely and was rushed to a nearby hospital where he was rejected, before he was taken to General Hospital Igando where the doctors battled to save his life.
Doctors succeeded in saving Odo’s life but he could not see again with the affected eye because it was badly damaged.
The matter was reported at the Igando Police Division and Ogunsanya was trailed, arrested and detained at the police station. It was gathered that the suspect admitted he committed the crime but said he did not know what came over him to attack the victim to that extent.
He was charged before the Magistrates court sitting in Ejigbo for the alleged offence.
He pleaded not guilty.
The presiding Magistrate, Mr Akeem Fashola granted him in the sum of N100,000 with two sureties in like sum.
He was remanded in prison custody pending when he will perfect his bail condition. The matter was adjourned till 11 November, 2017.