Home Entertainment “Your Mother Is A Shame, Only A Stupid Man Puts His Mouth...
Facebook
Twitter
WhatsApp 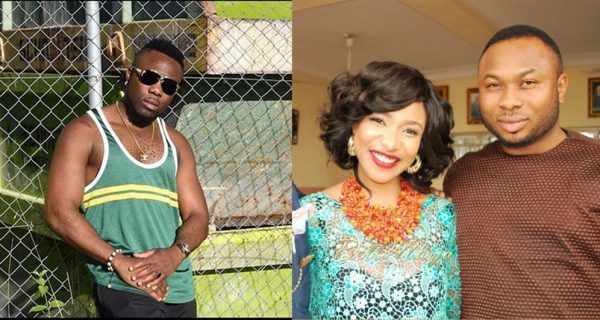 Yesterday, Nollywood actress, Tonto Dikeh called out her ex-hubby, Olakunle Churchill saying he made her friend’s brother go to jail in Switzerland for his crimes.

The man in question, Michael Ozigbo reacted to the story on social media calling Tonto Dikeh a liar saying he never went to jail on behalf of her ex-hubby.

The actress did not take the response lightly as she took to her instagram page to call him, his mother and wife a ‘shame’.

“It only takes a good woman to know you don’t insult people’s mother or wife, it’s called home training, I decided to set the record right because am his only contact here and you know it deep inside you. my brother called me that your husband was coming, I put his company events together here, we know the truth in case you want to be dirty with your husband, don’t involve people and also no one went to jail here, Churchill hardly stay not even more than ten days in a trip.
Truth be told what makes you think I want to be famous with your name? Are you Rihana ? Nicki Minaj ? Or tiwa savage ?Don’t forget I never asked you for any favour. My advice for you.It’s better you use all your energy on your work to be a better person instead of trying hard to bring your partner down by force.”