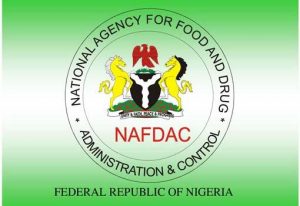 The National Agency for Food and Drug Administration and Control, (NAFDAC) in collaboration with the Niger State Ministry of Health and Hospital Services announced that it destroyed expired drugs worth about N11.5 millon in the state.

According to a news report on Punch newspaper, the Permanent Secretary in the ministry, Mohammed Makunsidi, explained that some of the destroyed drugs had been in the stores of various health facilities in the state for over 10 years.

According to him, the destroyed drugs included expired HIV and Tuberculosis drugs as well as hand sanitisers among others

Represented by the Director of Pharmaceuticals, Muhammad Ndagi, Mr. Makunsidi said the drugs and consumables with short expiry dates were brought to the state by partners in national health programmes.

“As a responsible government, the expired drugs and consumables are being destroyed to safeguard public health by preventing them from falling into the wrong hands.”

He noted that since the establishment of the Niger State Drugs and Hospital Consumables Management Agency, the activities at the central medical store had tremendously increased.

While commending the state government for its commitment to the provision of necessary funds for the smooth running of the agency, he gave the assurance that the agency would ensure the orderly and systematic supply of genuine drugs and consumables to all the health facilities across the 25 local government areas of the state.

Mr. Makunsidi also noted that the coming of the Logistics Management Coordination Unit which is domiciled at the Central Medical Store, would enhance data collection and information sharing among various health facilities and agencies.

The state zonal coordinator of NAFDAC, Anikoh lbrahim, asked the management staff of the ministry and its agencies to be proactive in the discharge of their duties.

Mr. Ibrahim, who expressed dissatisfaction that the drugs were kept for a long time, queried why they were not distributed to health care facilities for usage.

He advised the ministry to always reject drugs and consumables with short expiry dates.