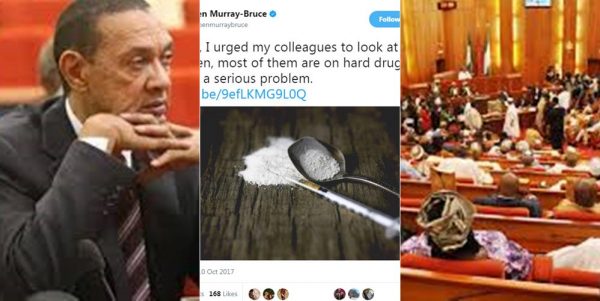 The common sense senator, Ben Murray Bruce just pointed out to his colleagues in the senate that most of their children are on hard drugs.

The Senator representing Bayelsa East in the National Assembly, consequently urged his fellow senators to look at their children, as most of them are on hard drugs.

He later shared the story to his followers on Twitter.