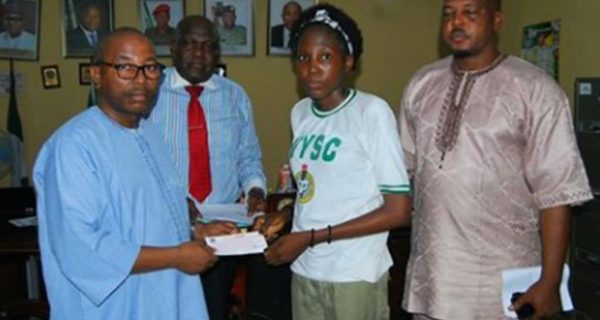 The National Youth Service Corps NYSC has provided the sum of N3.5m to a Corps member, Ogunpaimo Kehinde, to enable her undergo a heart surgery.

Kehinde, who is serving in Lagos State, and has been living on strong survival drugs for some time now, is due for surgery soon.

Moved by her condition, the NYSC Lagos State Coordinator, Prince Mohammed Momoh, presented her case to the National Directorate Headquarters of the Scheme.

Following the approval of the Director-General, Brigadier General Sulaiman Kazaure, the cheque of N3.5m was presented to her by Momoh in his office.

The Coordinator said the gesture was yet another illustration of Management’s concern for the welfare of Corps members.

He wished her a successful surgery and quick recovery.

Receiving the cheque, Kehinde thanked the scheme for the assistance.

She also appreciated the Coordinator for his role in bringing succour to her.