The Nigerian police have replied to the petition by Evans legal representative over claims of extortion. 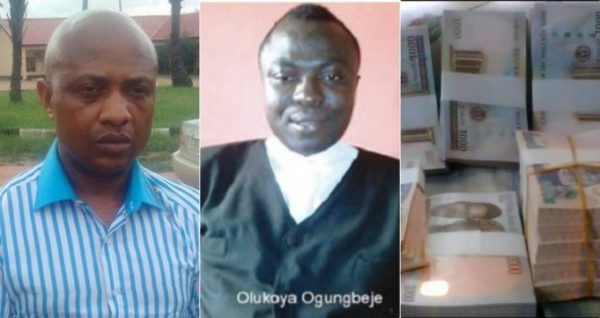 The lawyer representing billionaire kidnapper, Evans, accused officers of the Inspector General of Police’s Intelligence Response Team of extorting money and valuables running into hundreds of millions of naira from his client.

Olukoya Ogungbeje, petitioned the Police Service Commission on Friday. The petition captioned reads in part: “For the avoidance of doubt, it is our secured brief that in the course of investigating our client while being detained, the following under-listed items were forcefully and corruptly extorted from our client:

The lawyers added that, “our client also confided in us that one (Amaka Offor) his girlfriend was sexually molested and abused,” the petition read.

The petition urged the Police Service Commission to conduct an investigation into the incident and invoke appropriate sanctions including dismissal against the culpable police officers.

“Sir, you would agree with us that these allegations are too weighty to be ignored by any right-thinking Nigerian.

We are using this medium as our own way of galvanizing institutional sanity, cleansing and reform in the Nigeria Police Force as an institution.

As we speak, the brother in law and other relations of our client are still being detained and tortured without being arraigned before a Court of law,” the petition added.

RE: EVANS’ LAWYER ACCUSES POLICE OF EXTORTING OVER N50 MILLION, OTHER VALUABLES FROM CLIENT

The attention of the Nigeria Police Force has been drawn to publications in the media on 14th October, 2017 that “Evans’ lawyer accuses police of extorting over N50 million, other valuables” from his client and another report that “Police Sexually molesting Evan’s Girlfriend, Amaka Offor” credited to one Olukoya Ogungbeje.

2. The two publications were found out to be absolute falsehood, misleading, unfounded and deliberate attempt to cast aspersion on the thorough and discrete investigation carried out by the Nigeria Police Force in all the offences committed by Chukwudumeme Onwuamadike (popularly known as Evans) who has pleaded guilty in court to multiple kidnappings, murder, armed robbery and other capital offences.

3. Virtually all the items erroneously claimed by Olukoya Ogungbeje to have been forcefully and corruptibly extorted from his client were found out to have been exaggerated. For avoidance of doubt, all monetary exhibits and other valuable properties including houses and exotic vehicles were not extorted but recovered by the IGP Intelligence Response Team during the investigation into the several cases of kidnappings, murder, armed robbery and other capital offences linked to Chukwudumeme Onwuamadike (popularly known as Evans) were duly registered and will be tendered in court as exhibits as the trial progresses.

4. It is pertinent to disabuse the minds of the public who must have read the story that no police personnel within the team or anywhere else involved in the investigation of all the cases linked to Chukwudumeme Onwuamadike (popularly known as Evans) engage in any sexually molestation of the alleged Evan’s girlfriend Amaka Offor as claimed. This allegation is entirely untrue and incorrect.

5. The Nigeria Police Force sees these publications as a deliberate distraction and ill motives by Olukoya Ogungbeje to pervert the end of justice. He is advised to face his client’s case in court and not misleading the public.

6. The Force hereby enjoined members of the public to disregard and discountenance the unfounded publications.