Ace Nigerian actor, Zack Orji, has lent his voice to the recent drug related deaths of young artistes in the entertainment industry and blamed poor parenting for the ugly trend.

He said, “I would say the problem of drugs in the entertainment industry especially with young musicians is a problem of poor parenting. We must inculcate in our children a good moral compass. When they go wrong, we must not fail to correct them. We should not condone certain things and make our children feel like they can get away with certain things. That is one of the problems we have with the so-called influential people in the society. They are always ready to bail out their children irrespective of what the children did, not minding the fact that whatever your son does to another person, that is also another human being.

“A number of parents in America for example, who choose to be their children’s managers do that because of the bad influence they fear that they might be exposed to either from their peers, managers or other places. Look at Beyonce who started at a young age; in her early 20s, she was already an international superstar but she was being managed by her parents. That helped to guide her. I know a number of young Nigerians who are heavily on drugs; some of them have gone for rehabilitation. A lot of it has to do with poor parenting, negative peer pressure and a feeling of insecurity; believing that you have to do something to belong to a certain class.”

Citing himself as an example, he opened up to Saturday Beats that he also experimented with cigarettes and Indian hemp but quit the bad habits when he realised that they only caused him more harm than good.

Orji said, “I quit smoking because at a certain time, it was no longer pleasurable. As a matter of fact, I discovered that anytime I smoked over the years, I fell sick. I gave it up the first time for three years, then I relapsed but I finally stopped three years after I got married. I just discovered that anytime I smoked, I did not feel comfortable with myself, so I gave it up. I only smoke now when my character as an actor requires me to pick up a stick of cigarette. To be honest, I tried marijuana as well but it did not agree with my body system. One thing is certain; you must know your body. You cannot be foolishly doing something knowing very well that it is affecting you negatively. It also has to do with peer pressure.

“I wrote a song in 1978 and in Enugu, there was this band they called IK Mudodo; they were the resident band in the 82 Division soldiers’ club. I used to go there to sing and perform with them on their Friday gigs. The band leader then was the one who introduced me to smoking Indian hemp and that was the first time I tasted Indian hemp, in 1978. I really cannot explain how I felt. I tried it a few more times before I made up my mind that it was not good for me. It did not agree with my system, so I dropped it. When I quit smoking cigarettes after our marriage, my wife was so happy. When we were courting, it was okay with her but after marriage, she did not like it so I had to stop.”

He was quick to advise the younger generation to always be independent.

“I am a very independent person. Most of my friends back in the university days belonged to one cult group or the other but I did not think I needed to belong to any cult to be somebody. I did not think I needed anyone’s approval. Even though I received invitation from some of these cults to join them, I turned them down. Most of my classmates and colleagues were in cult but I turned them down. It is also a question of your own personal conviction about how you see yourself. You must believe in yourself, that you are somebody and you don’t need anyone’s approval to live your life. You don’t need to live up to anybody’s expectation and that is the problem with a lot of young stars.” 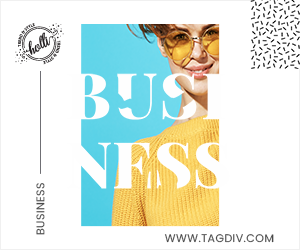 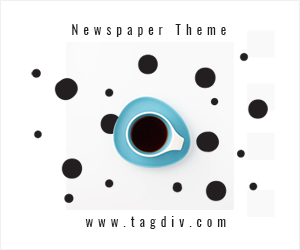 Nigerian singer Orezi has taken to social media to dish out a piece of advice for all married men who still cheat on their...
Read more