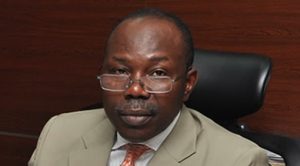 The National Legal Adviser of the All Progressive Congress (APC), Dr. Muiz Banire, said on Monday that poverty and lack of enlightenment were major problems facing Nigeria, not restructuring.

This he said Banire on the sidelines of an Independence Day Anniversary programme organized by the Lagos State chapters of the Buhari Youth Organisation (BYO) and National Orientation Agency (NOA) in Lagos.

The programme tagged: “United Nigeria: Challenges and Opportunities” started on Sept. 29 with series of activities.

Banire told NAN that poverty and ignorance were the main reasons for agitation for secession in some parts of the country.

He called for correct representation of people to quell agitation, adding that Nigerians should also learn to ask questions from their representatives at various levels.

“People agitate only when they feel offended and deprived, but the solution for deprivation does not lie in restructuring. It will never end.

“If you split today, some people in the split group will still rise later to agitate for one thing or the other.

“It does not solve our problems. What matters is that we must be happy, and to be happy, it means we must enjoy equal opportunity under this system.
“It is deprivation and hunger that are causing problems facing the country today.

“When we eliminate all inequalities, everybody will be happy with the system.

“When hunger is taken care of, most of the issues threatening our unity will go,” Banire said.

He called for respect for the rule of law and youth education to foster unity in Nigeria.

“Restructuring is not our problem. Our people are not enlightened to ask questions from their representatives,” the APC chieftain said.

Banire had earlier at the panel discussion urged youths, as major stakeholders in the Nigerian Project, to rise and take charge of the nation’s leadership.

He said that there was the need to build the capacity of youths to fill the vacuum in the leadership gap in the country.

Banire said that youths had taken over the social media and should use the medium to propagate ideologies of integrity, transparency, and accountability, which President Muhammadu Buhari-led administration represent.

Also, a security expert, retired Col. Hassan Stanislous-Labo, said that restructuring would calm various forms of agitations in different parts of the country.

Stanislous-Labo stated that President Buhari has the vision to right all the wrongs in the country, but “his cabinet members did not have the capacity to execute his mission’’.

In his remarks, Sen. Olorunimbe Mamora said that the tendency to manipulate religion and diversity was a challenge which must be addressed with proper conflict management.

Mamora stated that diversity could be turned to strength by listening to the grievances of the various groups.

Also, Mr. Dayo Bush-Alebiosu, a former House of Representatives member, urged youths to take advantage of their population to take over the nation’s leadership.

Mr. Waheed Ishola, the Lagos State Director of NOA, called on those fanning the embers of disharmony to have a change of attitude for the overall interest of the nation.

“We must strive to achieve that strength in our diversity. We believe that the unity of Nigeria is sacrosanct,” he said.

In his comments, Mr. Biodun Ajiboye, the BYO’s National Secretary, called for the restructuring of the mind of Nigerians.

Also, the Lagos State Coordinator of BYO, Mr. Waheed Odunuga, said that lack of love, trust, and greed of the political class were the causes of disunity in the nation, urging youths to rise for national rebirth.