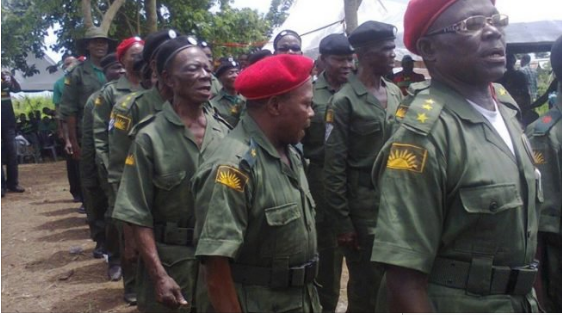 President Muhammadu Buhari has approved the payment of pension to soldiers, policemen and paramilitary officers involved in the Biafra war.

The veterans were dismissed from service for their participation in the war which lasted between 1967 and 1970.

In a statement on Wednesday, the Pensions Transition Arrangement Directorate (PTAD) announced that payment will commence on Friday, October 20, in Enugu state.

“The general public would recall that Nigeria witnessed an ugly civil war between July 1967 and January 1970 and as a result of that unfortunate period in our history, some members of the armed forces, the Nigeria police and the paramilitary officers who took part with the secessionist were dismissed from the service,” the statement read.
“The dismissal of those officers was commuted to retirement in year 2000 through a presidential amnesty granted on 29th May, 2000 by the administration of the then President Olusegun Obasanjo, GCFR.
“A verification exercise was conducted for the pardoned officers by the defunct Police Pension Office and recently PTAD on one hand and the Police Service Commission on the other.
“Despite the presidential pardon and verification of these officers many of them remained unpaid years after the pardon. However, the present administration under the able leadership of president, C-in-C of the armed forces, Muhammadu Buhari, GCFR, has graciously given approval for the payment of pension entitlements to these officers and their next of kin.
“PTAD is commencing the payment of pension benefits to the retired war affected police officers on Friday 20th October, 2017 in Enugu. 162 officers will be payrolled and 57 Next of Kin who have also not been paid their death benefits will be paid in the first batch.”

The development comes at a time when critics have accused Buhari of marginalising the south-east.