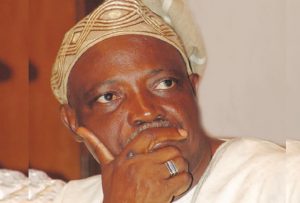 A former governor of Oyo State, Senator Rasidi Ladoja, has confirmed his return to the people’s Democratic Party from the Accord Party.

The Accord Party was founded by Ladoja.

In his goodwill message at the unity luncheon of the PDP held in Osogbo which was meant to further unite factions in the party ahead of the coming election, Ladoja said Oyo must retrace its steps to regain dominance of the South-West.

He said, “Once upon a time, this great party reigned in five states of the South-West but because of our mistakes we lost four remaining only Ekiti.

“We have decided to come together now and regain all those lost states starting with Osun in 2018 up to the general election in 2019”.