Saidi Balogun and Fathia Balogun are popular figures in the Nollywood industry. They have featured in thousands of movies especially in the Yoruba movie world. 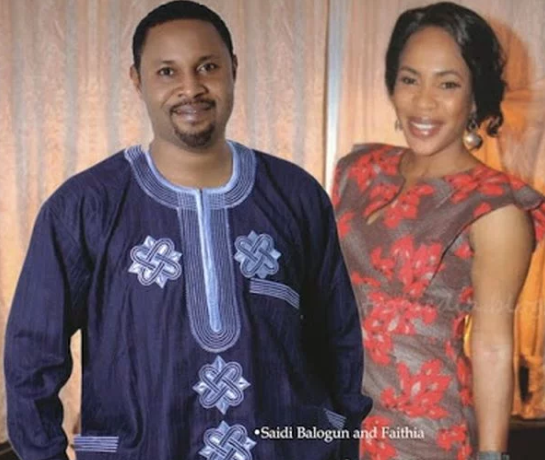 The duo with their good looks and talents, used to be one of Nollywood’s favorite couples until they divorced in 2006.

It was rumored that the celebrities dissolved their marriage following allegations of infidelity from both partners.

Ever since then, Saidi and Fathia have not really been seen acting together in movies. Though after their break up, there was a relationship rumor between Saidi and another actress Funke Adesiyan but that also didn’t seem to last long.

Some years ago, it was rumored that there was a rift between Saidi and Fathia over use of name.

Saidi Balogun later cleared the air, he said that they went to the court to dissolve the marriage completely and that he didn’t ask Fathia to drop his name which she still uses. He also revealed that they only have two children from the marriage and the speculated 3rd child is from Fathia’s old marriage.

Not only did they not work together on the screen, they also tried avoiding each other in public. Some months back when Saidi celebrated his 50th birthday which tallies with Fathia’s date too, Fathia was absent from the star studded event.

However, things have started patching up for the duo. They have been seen standing and discussing with each other in some events. They were seen discussing at the memorial service of the late Moji Olaiya.

Also at a recent birthday celebration of actor Kayode Akindina aka Mr Paragon, Saidi and Fathia were all cordial to each other. They have finally put the past behind them.