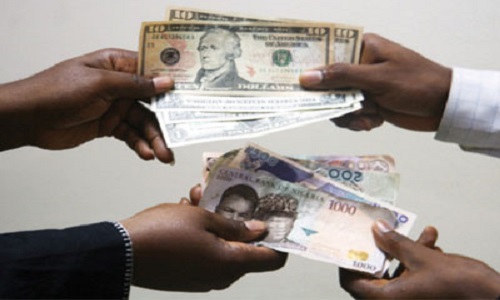 The nation’s currency, Naira continued to maintain its stability in the FOREX market, exchanging at an average of N360 per dollar in the Bureau De Change segment of the market on Monday, Oct. 23, 2017. The local currency had closed at N360.08 last weekend.
Meanwhile, the Central Bank of Nigeria (CBN) on Monday, injected $195million into the inter-bank Foreign Exchange(Forex) Market.
The Bank’s Acting Director in charge of Corporate Communications, Isaac Okorafor, who made the disclosure in a statement in Abuja, said the bank offered $100 million to authorized dealers in the wholesale segment of the market.
He said the Small and Medium Enterprises (SMEs) segment received $50 million while those requiring forex for invisibles such as tuition fees, medical payments and Basic Travel Allowance (BTA), among others, received $45 million.
According to Okorafor, the bank is confident that the level of transparency it had entrenched in the market will help the Naira to sustain its steady run against the dollar.
He further said it would also strengthen the naira against other major currencies around the world, adding that the market would remain very stable as long as every player sticked to the forex guidelines.
Here are the full foreign exchange rates released on Tuesday morning by The Guardian in collaboration with Zenith bank; 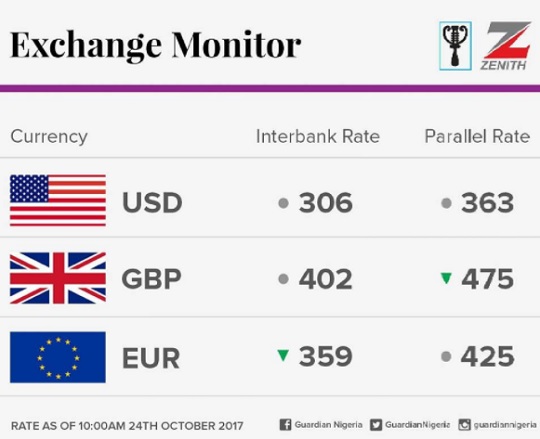 Share
Facebook
Twitter
WhatsApp
Previous articleSarkodie nailed daddy goals this week as he tries to teach Titi new words in this adorable video
Next articleTwo Months later, Actress Blake Lively Gets Revenge on Her Husband, Ryan Reynolds Has he wished Him
- Advertisement -