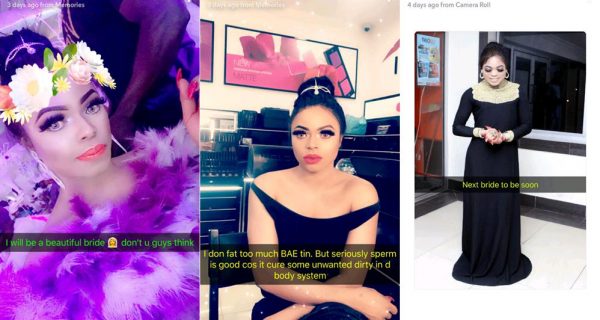 Male barbie, Bobrisky has just declared that sperm, is good for the body system, even though he is biologically a guy and produces it.

In a post he shared on his snapchat, the crossdresser who says he’s getting married soon said: “I don fat too much BAE Thing. But seriously sperm is good because it cures some unwanted dirts in the body system.”

He continued: “I will be a beautiful bride. Don’t you guys think?”, he questioned his followers.

See his rants below;