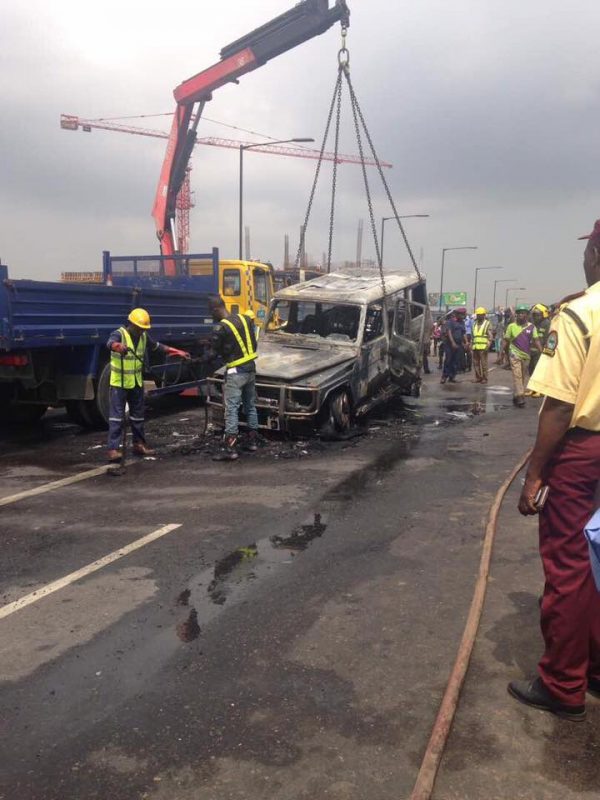 A day ago, Governor of Ekiti state – Ayo Fayose was said to have narrowly escaped death in Lagos as his official car, a G-Wagon, went up in flames along Oshodi road. Former Minister of Aviation and a friend to Fayose, Femi Fani-Kayode however insists that it was a spiritual bomb that was thrown at the car.. See his tweet below.