The just concluded 30th anniversary celebration of Akwa Ibom State took a new dimension recently in Uyo, with the arrest of two indigenous tourism consultants to the event.

Ini Edo, allegedly accused the Ubong Ekpe and Joseph Utin of ‘stealing’ her idea of Ibom Fest, which was cancelled last year and also threatening her life.

In a petition to the Police Force Headquarters in Abuja, Edo alleged that the duo sold the idea of Ibom Fest to the State Ministry of Culture and Tourism, and renamed it “Orange September” the official brand of the 30th anniversary of the State.

The actress who is also an SA to Governor Udom Emmanuel on Tourism, is said to be angry that she wasn’t carried along in this year’s event. The consultants however debunked her claims and described her petition as baseless. The duo have now been released after being dragged to Abuja. 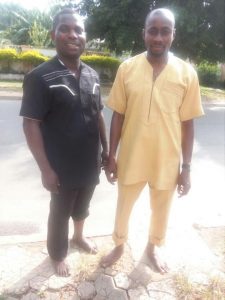