Home News Feed University Graduate Uses Ladies To Trap Armed Robbery Victims
Facebook
Twitter
WhatsApp
A university graduate has been nabbed after being found out to have used ladies to trap unsuspecting victims who will be subjected through the horrors of armed robbery. 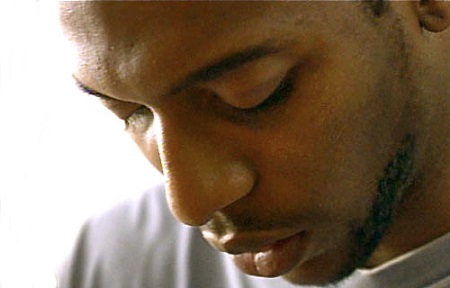 Anthony Olanrenwaju, a 26-year old robbery suspect and a graduate of University of Nigeria, Nsukka, who reportedly used women to trap victims and robbed them at gun point has been arrested by the police in Lagos.
It was gathered that the suspect who claimed that he had a degree in Economics from University of Nigeria, Nsukka before he went into private business at Computer Village in Ikeja was arrested by the operatives of State Anti Robbery Squad led by CSP Ahmed Sanusi.
The Ogun State born Olanrenwaju was arrested in a popular hotel in Ikeja where he was spending the loot. He was interrogated and he reportedly confessed. He then took the police to a criminal hid out in the Agege area where he used as his base.
P. M. Express reports that the police recovered three locally made pistols, cutlasses, axes, mobile phones and other dangerous weapons which he used for the operations.
The suspects claimed that he used to hide at Computer Village in the day and moved out with some women in the night to trap victims and rob them. He revealed his style of operation which he said was unique to him alone and the women he used for the operations were trained by him.
He said he fronted those women to approach young rich men who will go after anything on skirts and would lured them into sex. Once such women established contact with the victims, they will communicate with him on the phone where the necessary information will be provided, he will storm the place whether in a hotel or other places and silently rob the victims.
The suspect confessed that he had made more than N8m since he started the operation before he was arrested. He said he never thought that he will be arrested one day but regretted all his actions and pleaded that he should be given a chance. He added that he will not continue with such crime if he survived the trouble he was into before he broke down in tears.
When P. M. Express visited the Police Command at Ikeja, Olanrewaju was still detained at the SARS cell where he was said to be giving the police useful information. Police source said the police was making efforts to arrest those women who were said to be on the run after the arrest of Olanrewaju. The source also said the suspect will be charged to court after the conclusion of investigation.
The source also said the suspect will be charged to court after the conclusion of investigation.