US Olympic gymnast, McKayla Maroney says team doctor started molesting her when she was 13

US Olympic gold winning gymnast, McKayla Maroney has alleged that she was molested by a former USA Gymnastics team doctor as she adds her voice to the #MeToo movement on social media where people are sharing experiences of sexual harassment and assault. 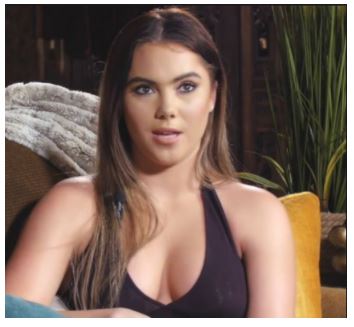 In a statement released on her Twitter page today, the 21 year old athlete alleged she was molested for years by former USA Gymnastics team doctor Larry Nassar, who is currently awaiting sentencing after pleading guilty to federal child pornography charges.

“People should know that this is not just happening in Hollywood,” she wrote, in reference to the allegations about producer Harvey Weinstein. “It started when I was 13 years old, and it didn’t end until I left the sport. I had a dream to go to the Olympics, and the things that I had to endure to get there were unnecessary and disgusting.”

Maroney ended her involvement with the sport in 2016.

Read her full statement below… 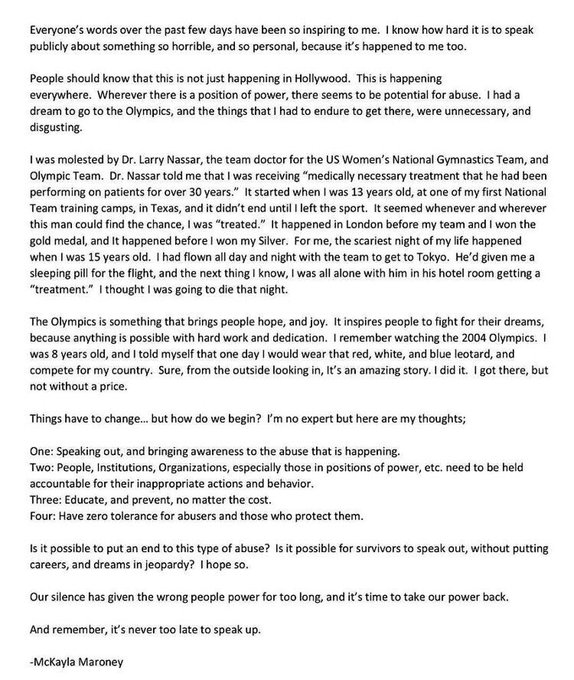 Share
Facebook
Twitter
WhatsApp
Previous articleTruck drivers protest the death of another driver
Next articleVideo: DJ Cuppy and her grandmum dance to her new song
- Advertisement -Ad ==> Discover how a young Nigerian graduate now makes a consistent 40k per week doing a legitimate online business. You too can start yours now, click here!!!