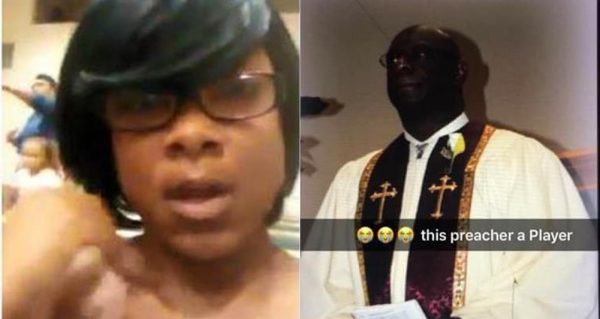 A pastor in Mississippi, Pastor Walker of the Word Fellowship Church, has been accused of sleeping with a member of his church.

A woman disrupted church service on Sunday to accuse Pastor Walker of sleeping with her daughter for three years.

According to the woman, the pastor was sleeping with her young daughter, then he got another side chic and when the girl confronted him about it, he called the police on her.

According to reports, the pastor is a married man, and his wife was sitting in the pews while the drama was going on.

In a video shared online, the mother of the girl the pastor was allegedly sleeping with is seen calling out the pastor while church members looked on dumbfounded.

“Leave my child alone,” the woman is heard saying at the start of the video.

She added: “Three years, you’ve been messing with her.”

After she was done saying her piece, she left and the pastor continued preaching but some church members were amused by the whole thing and the woman recording the incident is seen trying not to laugh.