Home News Feed Woman Sexually Harassed By SARS Operatives, Accused Of Being A ‘Yahoo Girl’
Facebook
Twitter
WhatsApp
A Nigerian woman has cried out for help after she was reportedly harassed by men of the Nigerian police who accused her of being a fraudster. 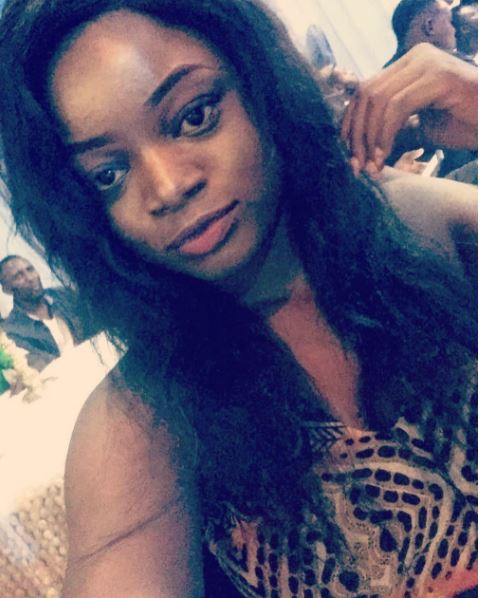 A Nigerian woman by name, Kachi Anifela Zion has narrated on Instagram how she was allegedly harassed sexually by some police officers who accused her of being a ‘yahoo girl’ in Ilorin.
Zion who said the officers forced their hands inside her bra allegedly looking for drugs was left helpless by the incident.
She wrote:
“Good evening everyone, I’m at the height of my disappointment with the Nigerian police force, this evening. I was going to get dinner only for them to stop me and push me into their truck, then they started asking me why I have yahoo apps on my phone that I am a yahoo girl and sh*t.
After searching and not finding any evidence, they immediately accused me of prostitution, I said no, we argued for a while, then the man (one of the federal SARS officials) came to me and started shouting that I’m carrying hard drugs that he wants to search my body for narcotics. 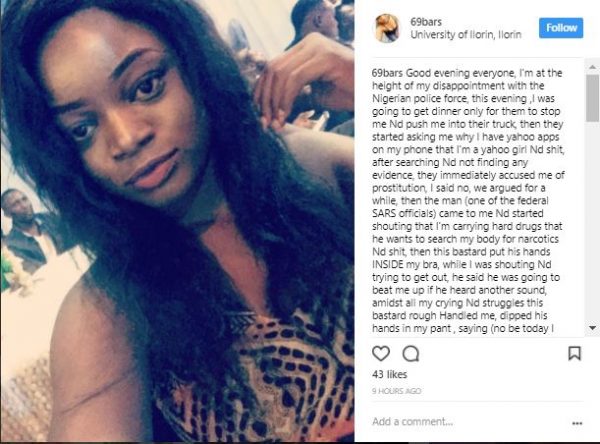 Then this bastard put his hands INSIDE my bra, while I was shouting and trying to get out, he said he was going to beat me up if he heard another sound, amidst all my crying and struggles this bastard roughhandled me, dipped his hands in my pant , saying (no be today I start to dey see drugs for girl bra or yansh).
I begged to call my mother and they refused, seized my phone,One man even came down from his car to beg for me and they chased him away saying he should mind his business. I cried bitterly, this is one experience that has demoralized me the most. They were federal SARS, their patrol was at pipeline at about 9pm. I hate the police!!!”