Woman Shot In The Head Wakes Up From Coma

Deolu
A woman who was shot in the head by the deadly Las Vegas killer, Stephen Paddock, has woken up from coma and taking her first steps. 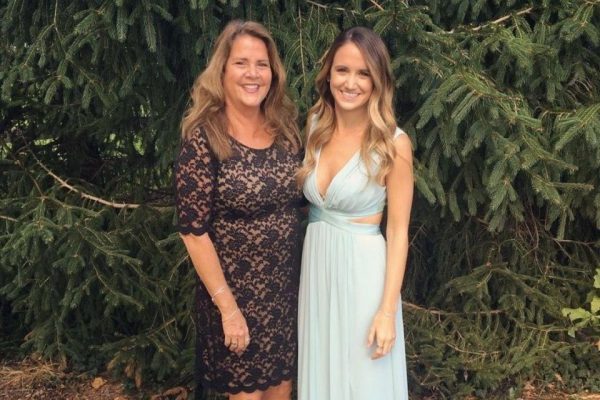 Tina Frost, a 27-year-old victim who was shot in the head during the Las Vegas gun massacre has taken her first steps after waking from a coma.
According to The Sun UK, Tina Frost was shot through the eye by gunman Stephen Paddock after he opened fire on the Route 91 Harvest country music festival on October 1st.
Now her family have revealed she is making an amazing recovery after having her eye removed as a bullet had become lodged in her skull.
Her mother, Mary Watson Moreland, earlier revealed on a GoFundMe page: “She has sight in her left eye but will never see from the right again.”
Tina was attending the gig with her boyfriend, Austin Hughes, when Paddock opened fire on crowds from a room at the Mandalay Bay hotel, killing 58 people and injuring nearly 500. Hughes was unhurt in the attack.
The fundraising campaign to cover the victim’s medical bills has so far raised more than £300,000.
Writing on the fundraising website, Mrs Watson Moreland, revealed: “Today has also been a big day for our TT – she is now waking up!
“She opens her left eye just a lil and looks all around the room at us, taps her feet whenever music is playing, continues to squeeze our hands, and even gives [boyfriend] Austin a thumbs up when asked.
“She sometimes taps to music and also took her first steps today with the assistance of the nurses –three steps to the chair and three steps back to the bed.”
In an update posted on the page the mum said Tina had had her right eye removed but had retained the sight in her left eye.
Three Las Vegas hospitals have now announced they would help to cover the medical costs of uninsured victims of the attack.
The massacre was the worst mass shooting in recent US history.
Different accounts have emerged about the timeline of Paddock’s attack and when he fired his first shots in his 32nd floor Mandalay Bay suite, with some now asking should he have been stopped.
Police have still not determined a motive for the attack, despite having “run a thousand leads”, according to Clark County Police Department.