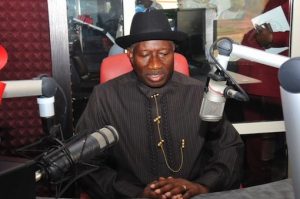 Ex-President Goodluck Ebele Jonathan has praised the former Head of State, Gen. Yakubu Gowon (retd.) on his 83rd birthday, describing him as an icon of peace and unity.

Jonathan who stated this in a goodwill message he personally signed in Abuja on Thursday, recalled that Gowon led Nigeria at a very crucial time in its history, stressing that he “strengthened the band that held our nation together.”

He said further in the tribute to Gowon: “As a statesman and nationalist, you have remained an inspiring figure and a moral conscience of the nation, because of your integrity and ethical disposition to Nigeria’s growth and development.”