Home News Feed Young Lady Share Photos Of How She Plans To Kill Herself
Facebook
Twitter
WhatsApp
A young lady who appeared heartbroken from a relationship, has revealed her struggle with life and plans to commit suicide in a bid to end her misery. 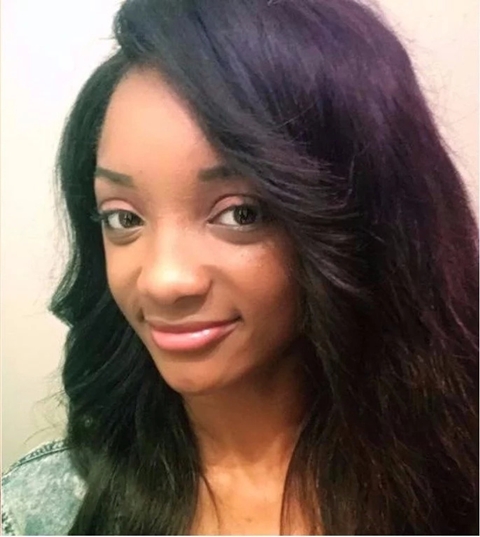 A pretty young lady identified as DeAsia Symone, has taken to the social networking platform, Facebook, and revealed her struggle with life and how she plans to possibly take her own life in an apparent suicide.
The young lady who is obviously heartbroken following what many assume to be the end of her relationship, revealed plans to take her own life.
She admitted in a post on Facebook that her time on earth was up as she didn’t see any reason to continue living, stating that it would be better for everyone to leave her alone.
She shared photos of her making plans to kill herself by possibly taking an excess amount of medication. 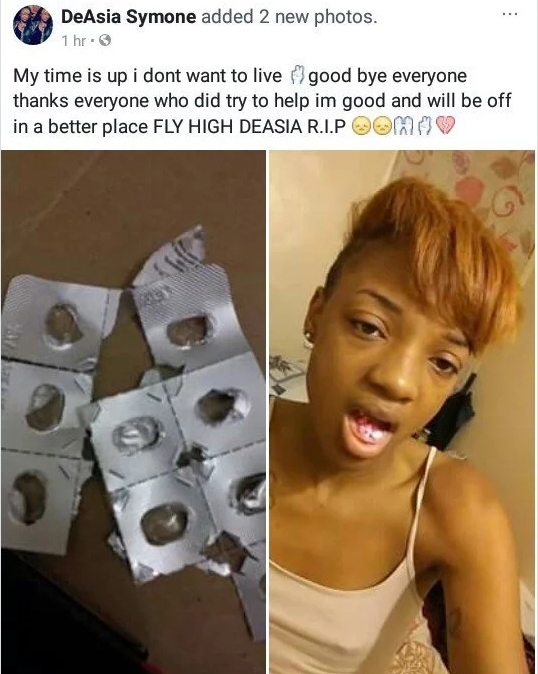 She wrote afterward: “My time is up i don’t want to live. good bye everyone thanks everyone who did try to help im good and will be off in a better place FLY HIGH DEASIA R.I.P”
She had shared some heartbreaking posts earlier, saying: “It’s time for me too leave R.I .P DeAsia Symone” adding, “If i disappear dont even bother trying to find me im better off ALONE.”