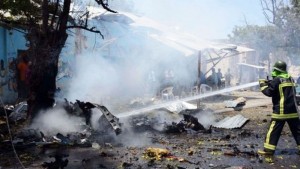 The UN Mission confirmed the death of 12 persons  in Mali, MINUSMA, on Tuesday during separate attacks in the country.

It said that among the dead were nine civilians, including a teenage girl, a member of the National Guard and two unknown gunmen.

It added that during a first incident, five civilians were killed and four others were injured when a bus drove onto a mine near the northern town of Asongo on Monday.

Later that day, it noted, unknown attackers killed four civilian MINUSMA employees in the village of M’Beba in central Mali and burnt their vehicles.

During subsequent shoot-out with members of the National Guard, who were escorting the MINUSMA team, two attackers and a national guard were killed, MINUSMA said.

The West African nation had been volatile since separatist rebel groups and later al-Qaeda associated militants took control of the northern region in the wake of the 2012 military coup.