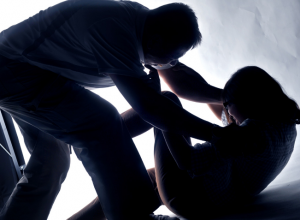 A magistrate’s court in Ikeja, Lagos State, has arraigned a 39 year-old man identified as Amobi Ilona for allegedly defiling his 13-year-old housemaid in the Ishashi area of the state.

It was learnt that Ilona and his wife had adopted the victim to help them take care of their newborn baby.

It was said that when the wife discovered that her husband was sleeping with the girl, she took her to a hospital and reported to the police.

The police prosecutor, Imhonwa Simeon, told the court that the suspect defiled the victim in his house on Awawu Street, Ishashi, Lagos.

The charge read, “That you, Amobi llona, sometime in July 2017, on Awawu Street, lshashi, in the Lagos Magisterial District, did unlawfully defile a 13-year-old girl, thereby committing an offence punishable under Section 137 of the Criminal Law of Lagos, 2015.”

The presiding magistrate, B.O. Osusanmi granted him bail in the sum of N500,000 with two responsible sureties in like sum and adjourned the matter till January 25, 2017.